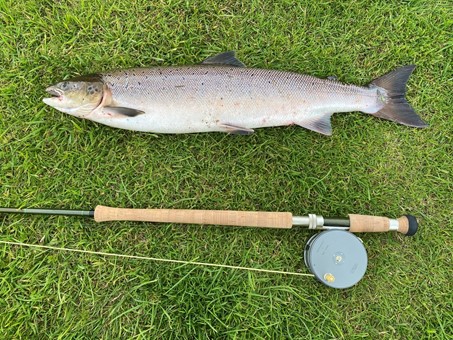 Atlantic salmon accounts for 90% of the world’s farmed salmon.

Caught or farmed, it is produced at a rate of almost 40 kilos per second, according to Planetoscope.

Cargill and Innovafeed are interested in a more sustainable salmon project as part of “Millennial Salmon,” a program led by Nofima, a Norwegian research institute dedicated to aquaculture, fisheries and food. The institute has partnered with several agribusiness operators to bring this European program to fruition:

This 4-year project is mainly financed by the Research Council of Norway, a country for which salmon is an important part of the national economy.

With a budget of 1.3 million euros, the project aims at a more sustainable aquaculture based on insect and algae feed. Insects and algae have the advantage of providing protein, while using little arable land.

The objective is to provide, by 2025, a turnkey solution for salmon farmers to produce their own animal feed, reducing the CO2 emissions usually generated by handling and transport.