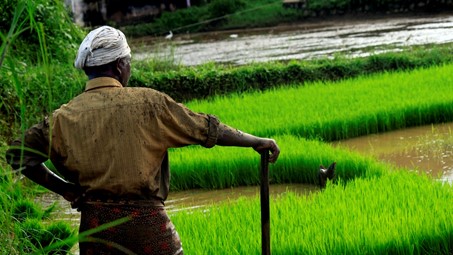 GAFA to the rescue of Indian agriculture

The Indian government aims to reform Indian agriculture to make it more productive. To this end, it has signed a partnership with the three major American companies Amazon, Microsoft and Cisco.

Food security is a central concern for this country of almost 1.4 billion people. Since 2014, the Indian state has been collecting agricultural statistics, valued at $24 billion, in order to build its strategy. It is counting on the private sector to exploit this data and build solutions (applications, tools) beneficial to Indian farmers in monitoring their farms, but also to the State in managing land.

The stakes are high, as Indian agriculture employs half the population. An efficient agriculture allows us to hope for improvements at different levels:

Thanks to artificial intelligence and data related to crop patterns, soil quality, farm management (credit, insurance…), Amazon, Microsoft and Cisco are able to offer resources as precise as a yield spike, water stress, soil degradation or a failure in the chain of custody.

Critics of the government blame it for widening the gap between industrial and food agriculture, the latter having less access to technology. They also fear the influence and potential hold of these three giants over the country. These grievances are in addition to the contestation linked to the new agricultural laws that liberalize markets and favor electronic commerce.