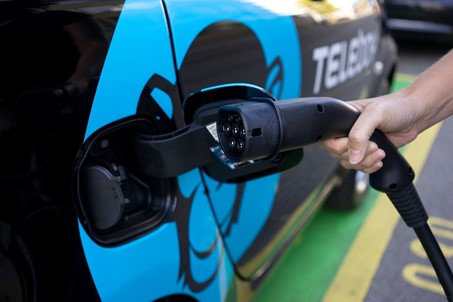 Morocco, on the front line for green hydrogen

Green hydrogen is on everyone’s mind regarding tomorrow’s mobility, whether it is road, rail, air or sea travel. This energy is presented as an alternative to fossil fuels. In Europe and Asia, governments are prioritizing this issue to the point of making it a national issue, as in Japan and Korea. The most optimistic are planning to have all citizens running on hydrogen within ten years, while others are tempering this by reminding us that this resource is only interesting if its production is green. However, the infrastructures necessary for this production require huge budgets, like the billions invested by France and Germany in their H2 sector.

Hydrogen (H2) is a molecule that occurs naturally on earth, but it must be isolated to become usable as a mobility resource. This operation is based on different processes:

Steam reforming from methane, an affordable solution but which releases the CO2 contained in the methane;
Electrolysis from a water molecule (H2O), a more expensive solution, especially when it mobilizes wind or solar energy.

Hydrogen is stored and then returned in the form of electricity by a fuel cell. Its consumption does not produce any emissions. 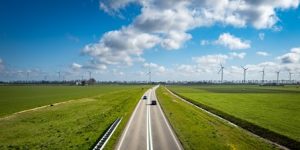 Car manufacturers offer a clean electric vehicle without the constraint of charging time. It takes only three minutes to recharge the vehicle with hydrogen, an argument that is quickly dismissed because of the cost of this alternative energy.

Hydrogen production stations cost around one million euros each and the handling of the hydrogen produced remains restrictive. In the event of a leak, hydrogen disperses more rapidly than natural gas or gasoline vapors, and forms an explosive slick. These risks limit its transport.

Although the solution cannot be deployed on a large scale, it can be of interest to professionals who work with fleets and centralize the recharging of their fleet in one place. For example, Toyota has delivered hydrogen-powered sedans to cab companies in Paris and is supporting them in the construction of hydrogen stations.

Public transport is also getting involved, with H2 buses already running in Europe and some French cities, such as Dijon and Le Mans, investing in H2 dump trucks for waste collection.

In the case of heavy transport (trains or freight trucks), the hydrogen alternative makes it possible to get around the problem of the space occupied by batteries in the electric version and, for rail transport, dispenses with track electrification operations.

Maritime transport, which is lagging far behind in terms of energy, is considering switching directly from diesel to hydrogen. The French shipowner CMA-CGM has launched the Energy Observer, an experimental catamaran equipped with wind and solar sensors and a Toyota fuel cell with a hydroliser. A second experimental vessel will be launched in 2022, with the objective of approaching a speed capacity of 18 knots to interest the shipping industry. The speed of current ferries is about 20 to 25 knots.

As for the air sector, no deployment is expected before 15 years. The few tests that have been carried out, such as those by the French company Mauboussin, concern private aviation and are not suitable for commercial aviation.

All these ambitions have a cost, and France is planning a budget of seven billion euros to achieve the 10% of hydrogen produced ecologically. The level of investment reflects the hopes placed by France in this energy that offers zero pollution, energy autonomy and rapid vehicle recharging. Today, France has 25 hydrogen stations. 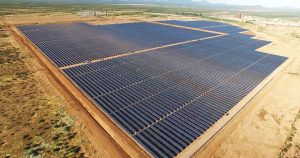 Morocco, a reference according to McKinsey

The $865 million project will develop the infrastructure, safety, transportation and logistics to produce green ammonia and hydrogen in Morocco.

According to Fusion Fuel Green’s business development manager, Morocco has the potential to become the leader in the production and export of green hydrogen.

The objectives are to produce :

Eventually, the Kingdom will have the largest green hydrogen and ammonia farm, the production of which it will reserve for exports to Europe. It aims to achieve international recognition in terms of energy transition.

The project is based on three strategic axes, to be developed within a national industrial cluster:

The company’s success also depends on the training of human capital assigned to this major project, with a transfer of hydrogen-related technological skills.

If this production is intended for the European market, the ambition is also to promote green hydrogen to the actors of the Moroccan economy: industries, investors, promoters…

The International Wind Energy Association (WWEA) recently highlighted the opportunities that Morocco represents for the production and distribution of green hydrogen. It has expertise, the confidence of international investors and a geographical proximity to Europe. An analysis shared by Badr Ikken, Director General of the Institute for Research in Solar Energy and New Energies (IRESEN) and co-chair of GREEN ENERGY PARK.

It notes that the country has an attractive energy strategy to decarbonize its industries and could capture 4% of the world’s green hydrogen needs. This policy opens the doors to sustainable growth because it is participatory, according to McKinsey: the government, civil society, businesses and international organizations are involved.

For example, the Institute for Research in Solar Energy and New Energies (IRESEN) and the Mohammed VI Polytechnic University (UM6P) are organizing the World Power-to-X Summit, the first edition of which, in 2020, allowed for constructive exchanges on the potential of green hydrogen and the planning of the launch of a collaborative platform on the subject.

The Kingdom is also investing in international events that focus on green hydrogen and is building a dedicated ecosystem, including:

Beforehand, Morocco has multiplied partnerships with European funding and research organizations to ensure European involvement upstream and downstream of the project.

In its report, McKinsey recognizes that the African continent has a strong capacity to generalize sustainable development for all its economic activities. The notion of green growth is being incorporated into all African industrialization projects, even if these good intentions also represent challenges.

Africa is industrializing without reproducing the polluting models of developed countries. It envisages infrastructures that consume less energy and pollute less. It will then save itself a burdensome energy transition and stick to the SDGs. This “shortcut” implies the joint mobilization of different forces: technology, ecology, financing and know-how. 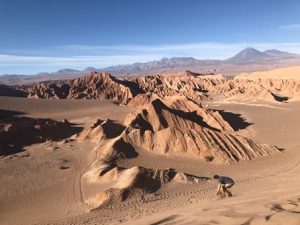 In 2020, Chile launched a national plan to place the country among the largest exporters of green hydrogen. It is already a pioneer in renewable energy in South America.

The government wants to release $50 million to support the development of infrastructures, but also to engage in prospective exchanges with other consumer countries.

Its exceptional climate is favorable to the production of renewable energies and it can count on its 4500km of land stretching along the Pacific Ocean.

Its Atacama desert receives the strongest solar radiation of the planet and the winds sweep the coasts permanently. Over the last decade, foreign investors have helped to increase solar and wind energy production tenfold.

In March 2019, the country inaugurated the first thermodynamic solar power plant in South America, financed with $800 million by an American fund. This plant supplies 100% of the electricity to nearly 250,000 homes.

As soon as Argentina cut off its gas supply in 2007, Chile accelerated its energy transition to guarantee its autonomy and meet the MDGs.

Obviously, clean energy also requires adaptations. Unlike the energy supplied by coal-fired power plants, they are not produced where they are consumed, so a distribution network must be deployed, and storage and availability management must be improved.

This objective requires land and the project frequently comes up against the agricultural world, which represents the second main activity after mining in Chile.

Secondly, the production of green hydrogen consumes a lot of water, a scarce resource in arid areas with a lot of sunshine, which forces producers to build seawater desalination plants.

In the north, solar energy provides the energy necessary for the production of green hydrogen, while in the south, it is wind energy. This region, close to the Strait of Magellan, is also an interesting maritime route to Europe. 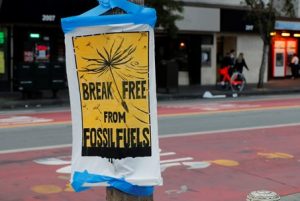 Green hydrogen sector in its infancy

On September 8, in Dunkerque, France, the hydrogen players met to assess this first year, after the announcement by the State of the famous green hydrogen strategy with the promise of a public investment of 7 billion euros for an energy transition in industry and transport. The height of the investment reflects the cost problem of this alternative energy.

The actors of the project agree that the feasibility of the transition depends on controlling and lowering the costs of production, storage and distribution.

This summer, the French agency for the environment and energy management (ADEME) published a report on hydrogen in an attempt to put a value on this new energy that everyone is talking about but for which no one has any concrete information. The report indicates a production cost (without transport) of 4€ per kilo. This price varies according to the electrical source (renewable or not) and remains subject to the uncertainties related to electrolysis, whose use is still experimental.

France would have a production capacity of 5 megawatts of electrolysers while its ambition is 6500 megawatts. Most of the hydrogen production still uses fossil energy and generates 8 million tons of CO2 per year, but it allows to obtain a production cost of 1,50€ per kilo.

There is still a long way to go to make the green production project viable:

In France, the strategy targets ports, airports, metropolises and industrial clusters located, among others, on the outskirts of Paris, in the Rhône-Alpes region and on the Mediterranean coast.

Green hydrogen is a newcomer to the global alternative energy market, but it does not necessarily follow the usual phases for launching a product or service on a market. Advertising has largely preceded the concept and development phases.