According to the FAO, our food system now relies on just nine plants, from which most of our everyday foods are derived. That is a very small number when you consider that there are so many other plants on the planet that have been cultivated in the past, but are now being grown less and less or not at all. Of course, these nine plants have been the focus of all the research intended to improve varietal characteristics. The yields achieved for others are poor and are scarcely improving. This is true of millet and sorghum, despite the appeal of these crops in drought-affected regions, and of numerous legumes and tubers.

Humankind would therefore be at the mercy of a large-scale health incident were one of these plants to be ravaged by some devastating parasite.[1] Without even imagining such a catastrophe, the concentration of sources of supply of 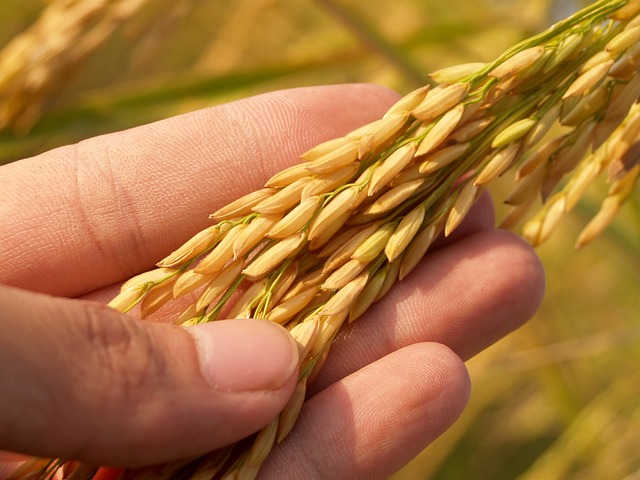 major agricultural products increases the risks resulting from routinely unpredictable weather conditions. A severe drought in Russia or Ukraine, for example, would cause prices to spike on the grain markets, to the great misfortune of disadvantaged populations in importer countries. Speculators would of course profit, as was the case when prices rose sharply in 2008.

This fear of soaring prices explains the importance of the grain stocks that China and India constantly maintain. But there is another source of consumer protection in the event of a prolonged crisis. This is the 375 million tonnes of grains (more than 10% of the global harvest) that is used to produce ethanol every year, largely in the United States. This choice currently helps to support domestic prices in America, but also globally. If necessary, a change of allocation in favour of human consumption is always possible.

[1] In the livestock sector, the swine fever that has been sweeping through Chinese and Vietnamese farms in recent months has pushed up the price of pork on Chinese markets by 65%, and by almost as much on international markets.

The agricultural world is now divided between two large and totally opposed segments:

It is true that in Western Europe, Quebec and southern Brazil, for example, there are still plenty of mid-sized farms. With the help of cooperatives, they are trying their best to escape the duality that reigns everywhere else. But at a global level, they are exceptions which are struggling to grow and in many cases even to survive.

Competitive global agriculture tends to be 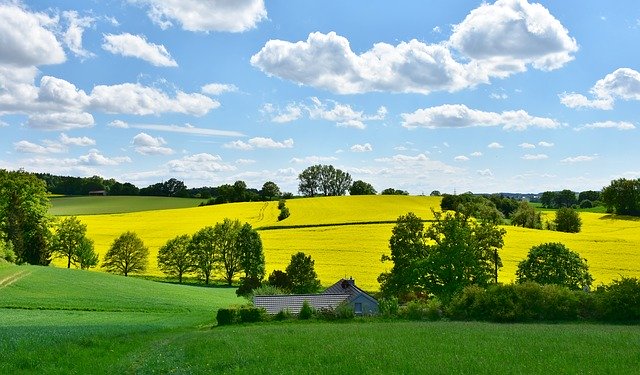 concentrated in the large, fertile, well-watered or easily irrigable plains. As the markets they supply grow, this agriculture needs ever more space. The reclamation of land farmed by small farmers is possible, but it is a slow and complex process. It is easier to clear forests, as is happening in the Amazon, the Gulf of Guinea and south-east Asia.

In southern and eastern Asia, Africa and the Andean countries, large agricultural regions are still farmed by hundreds of millions of small farmers. They consume their own produce or sell the surplus on local markets, and are largely excluded from international trade, partly because the quantities available are tiny and of very uneven quality.

However, there are exceptions. For example, production of cotton, coffee and cocoa is still largely controlled by small farmers provided they have enough space to devote, in addition to their subsistence crops, to one or other of these cash crops. This is true of cotton from southern Mali to northern Cameroon, cocoa in Ghana and Ivory Coast, and even coffee in Mexico, Ivory Coast and Ethiopia. But this produce is nevertheless bought by traders or large agri-food companies like Nestlé. Companies with de facto monopolies. The buyers set their price, as low as possible of course. Having no control over prices and mediocre levels of productivity, these small producers’ revenues are very low, so they achieve only a very modest additional revenue stream and cannot modernise.

Most of global trade in (and processing of) agricultural produce is controlled by four international traders: the main one, ADM (Archer Daniels Midlands Company), followed by Cargill, Louis Dreyfus Négoce and Bunge Limited. These companies own hundreds of ships (300 in the case of Cargill) and factories around the world (270 in the case of ADM plus 420 buying facilities). They have hundreds of thousands of employees (Cargill has 143,000, Bunge 25,000). Only multinational companies like Unilever or Nestlé can, in part, do without the services of these giants.

How can a coherent agricultural policy be implemented when the sector may encompass a small number of huge capitalistic operations but also millions of micro-farms that often scarcely exceed one or two hectares in size? Governments waver between contradictory or unsuitable measures. The situation is especially complicated when these two types of agri-business co-exist in one country. Faced with this dilemma, the Brazilian government even ended up creating two ministries, one for the big farms, the other for small producers.

But most often, agricultural policies favour industrial farming because the big operators have lots of lobbying clout, but also because their farms are significant cash cows. This is the case in Brazil of course, but also in Argentina, Russia and Indonesia, for instance. Even in countries where small farms are very dominant, governments openly favour the big industrial plantations.

It is true that international organisations like the IMF and World Bank have long operated like this. They have forced countries in financial difficulties to eliminate subsidies for small farms. In contrast, these organisations have recommended the development of plantations aimed at international markets.

Conversely, a policy of food sovereignty could enable countries suffering shortages of basic products to improve their self-sufficiency rates and partly escape the conditions imposed on them by the big traders. Such a policy is defined as an international right allowing a country, or a group of countries, to adopt a policy of aid to its farmers (especially small farmers) and protection at its borders. It entails a complete overhaul of the rules of the World Trade Organisation (WTO), which forbids these practices. Of course, exporter countries are vigorously opposed.

A shake-up of a large country’s economic policy might disrupt conventional trade patterns. The trade war between China and the US has led the Chinese government to source its soya from South America, thereby undermining the prospects and revenues of North American farmers. Similarly, after Russia’s invasion of Crimea, an embargo was placed on European agricultural products, disrupting trade patterns even though they were profitable for both parties.

Environmental protection is the elephant in the room

Eager to increase their profits and encouraged by steadily growing international markets, the bosses of large farms are striving to expand their cultivated areas wherever possible. The various methods at their disposal include appropriat 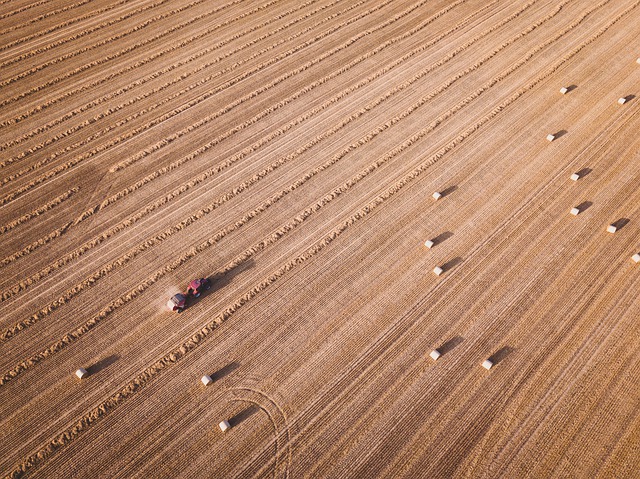 ing land cultivated by neighbouring small or medium-sized farms[1], clearing forests as in Brazil or south-east Asia, returning abandoned land to cultivation in Russia, and repurposing grassland in Argentina.

The same opportunities are rarely available to small farmers because very often all the available land is already cultivated. Conversely, many are forced out of business, in particular by prolonged drought. In addition, many nomadic herders have seen their grazing land deteriorate to such an extent that they are having to give up livestock farming and their ancestral ways of life. If small farmers abandon these lands, they will end up as wasteland, desert, or in the best case scenario, forest. There are probably tens of millions of hectares of land facing uncertain, if not definitively compromised, futures.

Whether as a result of profit-seeking by large companies or overpopulation in rural areas, a growing number of large one-off or incremental land clearances are occurring wherever possible. Neither large companies nor small farmers worry about protecting wooded areas or natural grazing land. On the contrary, deforestation is gradually destroying large forests and high-quality grassland is being replaced by cash crops, as sub-standard grazing land is abandoned.

In their routine business activities, large operators and small farmers alike overlook environmental protection, the fight against climate change, or biodiversity. Given this situation, it will be very difficult to make any of them change their behaviour in the immediate future in order to combat climate change. The agriculture and agri-food sector is responsible for 30% of greenhouse gas production. It is unthinkable that it should not contribute to efforts made by society as a whole. But so much remains to be done to force the various stakeholders to play their part.

As small farming struggles to modernise, if it is not being marginalised entirely, large capitalistic agriculture is booming. Holding sway in large production areas, it supplies the majority of solvent markets, and international markets in particular. Yet these are booming precisely because population growth, increasingly variable weather conditions and rising living standards in some countries are combining to keep demand for agricultural produce growing.

In the 1980s, the United States in effect imposed their “green power” on the rest of the world. Should we fear the prospect of other future attempts to establish agricultural hegemony? For example, if the Black Sea countries consolidate still further their position in the arable sector, will they be satisfied with leveraging their low production costs to gain a little extra market share? And what might the consequences for international trade be of a far-reaching agreement between two giants like China and Brazil?

[1] It is known that in sub-Saharan Africa in particular, some governments have “granted” foreign investors the right to farm land previously occupied by small collectives of sedentary farmers or nomadic breeders, without worrying about the opinions of the interested parties. 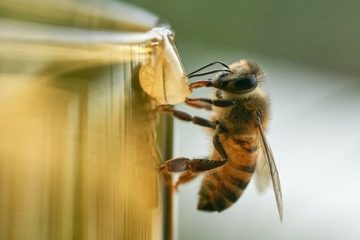 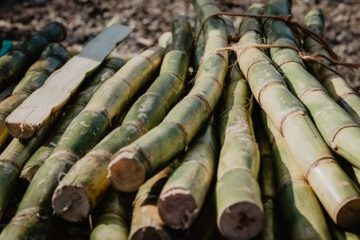 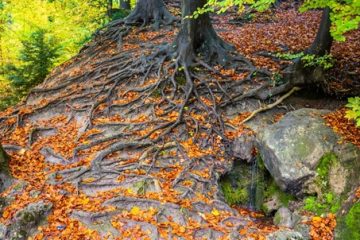