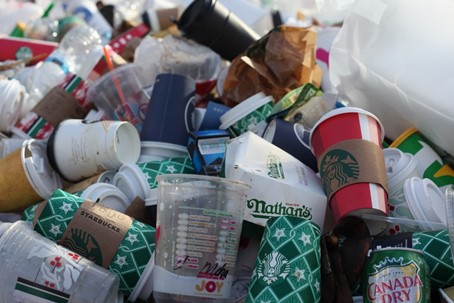 Proposals to build a more reasoned agri-food chain are often associated with a risk of food insecurity for emerging countries or with deprivation for developed countries.

Accompanying consumers and producers towards the acceptance of another system of production and consumption of foodstuffs requires the revision of our public policies to get this system out of the impasse in which it finds itself.

In the Bay of Saint-Brieuc, France, Dominique Madec, an organic dairy farmer, earns his income from margins more than from volumes. He also produces small quantities of corn and cereals for his own needs. He recognizes the unsustainability of intensive breeding and notes the impact of man on climate change, particularly with the phenomenon of green algae.

On the consumer side, the objective of sobriety refers to a notion of restriction in the choice and availability of food, according to Mathias Ginet, author of a study on the agricultural transition and food sovereignty. This study led the think tank Terra Nova to propose various avenues, here are some of them:

Communicate to consumers the impact of their purchases on the climate and biodiversity;
Mobilize legitimate actors (doctors, chefs, etc.) in nutritional communication;
Targeting specific foodstuffs that can benefit from dedicated food aid;
Change the food culture by intervening in school catering;
Stimulate innovation on the subject of agroecology and give it public visibility;
To place environmental and social issues in the negotiations on free trade agreements.

All these avenues favour the establishment of preventive policies and not financial compensation through taxation or compensatory green investment.

If we talk about production and consumption, it is not a question of “depriving oneself” but of “choosing”. For this, public policies must create a favorable ecosystem. Consumers must have the opportunity to make the choice to consume differently.

Sobriety is only one element of the transition of the agri-food system, but it has the merit of being more readable by consumers than the term “sustainable” which encompasses many aspects such as human, climate or biodiversity.