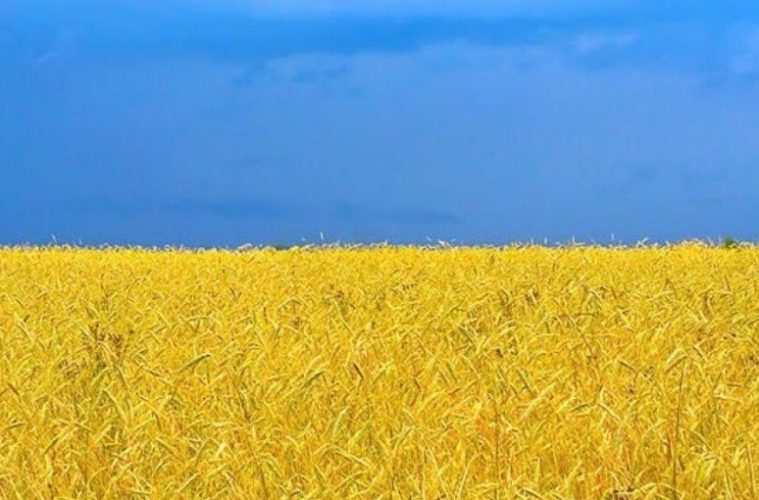 There is no good time to launch a war. Armed conflicts are always horrible at any time. However, the war in Ukraine broke out in the worst period for the international economy, which was recovering from the impact of the COVID-19 pandemic.

The war worsened an already-bad economic and social situation around the globe. The post-COVID-19 global economy was suffering from unprecedented inflation. For instance, the inflation rate in the US reached 7.5% in January 2022 compared with the same month last year. This is the highest inflation in the US since 1982. This unprecedented inflation rate was caused by the restrictive measures taken to contain the spread of the coronavirus pandemic.

In the last two years, the economic activity was at its minimum levels due to low demand from consumers and low supply from producers. This situation has led to a recession, which was dealt with by an increase in public expenditure.

The uncertainty in markets lowered both consumption and production. The US government announced a $ 5-trillion stimulus plan to mitigate the pandemic effect on Americans. These measures combined with vaccination campaigns led to a sharp rise in demand for services and goods. The surprising increase in demand faced a shortage in supply in the global markets. Therefore, global supply chains were wrecked by the COVID-19 pandemic, as factories and shipping companies were not operating at full capacity.

While the world was working to recover from the impact of the COVID-19 pandemic and its resulting inflation, the war in Ukraine broke out adding another reason would increase the prices of goods and services. Historically, wars are deeply related to hyperinflation, as military actions require spending, which leads to a surprising increase in demand for goods. Governments fund wars through debts or printing money, which both combined with war damages raise inflation. In his article, Greg Ip has demonstrated the link between wars and hyperinflation in the last 100 years. The Russian war on Ukraine is not an exception.

As the Russian president launched what he called ‘a special operation’ in Ukraine, the prices of goods skyrocketed. For instance, the prices of oil have crossed the $100 mark for the first time since 2014. The size of the economies of both Russia and Ukraine, $ 1.8 trillion and $ 155 billion respectively, is relatively small compared to the global economy. Data from the World Bank indicate that these two nations combined represent around 2% of the international GDP. Although this percentage seems relatively small, theoretically speaking, it should not have a significant impact on inflation rates globally. However, these two nations produce unreplaceable vital goods for the world; such as food and energy.

According to the US Energy Information Administration (EIA), Russia is the third-largest oil producer and second exporter in the world, as it produced 10.5 million barrels per day of oil in 2020, representing 11% of the global production. Moreover, Russia is the second-largest natural gas producer and exporter, as the nation produced 702 bcm, which is around 11% of the world’s production. Any disruption in the Russian energy sector has a direct impact on the prices of goods and services and global economic activity.

The Impact of the War in Ukraine on African Nations

This unfolding crisis jeopardizes access to food and risks global food security. Today, about 12% of total calories traded in the world are imported from Russia and Ukraine. These two countries are the breadbasket of many countries, particularly in the third world. Populations that will suffer the most are those in poor vulnerable nations that import their wheat and corn from the Black Sea. As the UN report indicates, “These countries are already grappling with hunger issues and where further food shortages and price increases could stoke social unrest.”

The war between Russia and Ukraine led to panicking, particularly in food-dependent and poor nations, as it is roiling agricultural commodities markets. This is the situation for the majority of African and Middle Eastern countries, which have weak local agricultural and industrial productions. The policymakers in these countries find themselves between two difficult options. The first is to offer the goods at higher prices. Subsiding these goods will represent an extra financial burden on governmental budgets. If these productions are not subsidized, a large portion of the population will not be able to buy food. The second scenario is that the government becomes unable to secure and import food due to a lack of foreign currency.

From an economic perspective, the African nations are vulnerable to shocks in food prices. Grain and energy importing countries are more highly affected by the war in Ukraine than countries dependent on rice for their nutrition. The high prices of food and energy broaden the external deficits for African nations, whose budgets were under pressure due to the COVID-19 pandemic.

Furthermore, the rise in prices of food combined with supply chain obstacles due to the covid-19 and the military operations in the Black Sea may cause further supply disruptions resulting in higher prices. Unlike the situation in other regions in the world, food expenses represent a significant share of households’ total expenditure. According to the US Department of Agriculture, the percentage of spending on food in Nigeria, Kenya, Cameroon, Egypt, and Morocco is 59%, 52%, 45%, 37%, and 35% respectively. In contrast, the share in high-income nations is 13%, 10%, 9%, and 6% in France, Australia, Canada, and the United States. As the food share in total expenditure is high, adding an expected rise in prices in fuel, transportation, and electricity constitutes a perfect social storm. Therefore, this conflict accentuates a spike in food and energy prices with unprecedented inflation rates.

Simultaneously, The high prices of food come at a time of low domestic food production due to extreme drought in various regions in Africa such as the Horn of Africa, Madagascar, and North Africa. These parts of Africa are experiencing the worst drought in decades leading to a drop in the production of crops, scarcity of water, and widespread poverty. In a recent report, the FAO expects a drop in cereal production in 47 Low-Income Food Deficit countries, due to extremely severe climate conditions; the majority of these countries are in Africa. The report indicates that 44 countries are in need of external assistance for food, of which 33 are in Africa, 9 in Asia, 2 in Latin America, and the Caribbean. The situation is exacerbated in regions where there are conflicts. Consequently, the number of people on the edge of famine has jumped to 44 million from 27 million in 2019, the UN’s World Food Programme said this month.

The prices of food at international markets are close to their 2011 levels, a year of popular uprisings in the Middle East and Africa.  For example, The FAO Food Price Index reached 140.7 points in February 2022, a 4% increase from the previous month. However, this is 24.1% higher than the level last year, but it is only 3.1 points over the level in February 2011.

For this reason, the G7 ministers warned, in a statement “Any further increase in food price levels and volatility in international markets could threaten food security and nutrition at a global scale, especially among the most vulnerable living in environments of low food security.”

Early warning signs of the negative impact of this conflict are appearing. In its recent monthly assessment of world food crops, the US Department of Agriculture expected a drop in Russian and Ukrainian grain exports by 7 million metric tons in 2022.

Moreover, the Ukrainian government decided to impose an embargo on all wheat exports to meet their own citizens’ needs. Similarly, since Moscow holds sway over the commodities markets and the Western sanctions have shut down Russia’s access to international banking services, particularly SWIFT, international consumers will face difficulties paying for their imports. Moreover, for political reasons, the Kremlin could follow a protectionist trade policy, which prevent the export of vital goods like wheat, corn, and fertilizer. Russia has imposed a ban on wheat export to its ex-Soviet neighboring countries. Moreover, the Kremlin announced a total embargo on potash and phosphates-essential ingredients in fertilizer, of which Russia is a global producer.

Scott Irwin, an agricultural economist and professor in the College of Agricultural, Consumer and Environmental Sciences at the University of Illinois at Urbana-Champaign stated, “this crisis is beyond the normal ability to shuffle supplies around … We’ve exploded that system, and the cost is going to be extreme economic pain.”

Historically, lack of food is interrelated to revolutions and uprisings. Pervasive protests and even revolutions are expected to be a direct reaction to high global food prices. Peter Gleick argued that climate change and the availability of water contributed to the deterioration of the socio-economic conditions in pre-civil war Syria. Water-driven conflicts are not new to politics and conflict scholars. Databases linked to conflict caused by water have been established by researchers in many institutions around the world, such as Uppsala University, Oregon State University, the Peace Research Institute of Oslo, and the Pacific Institute. This latter has developed a chronological database for water-driven conflicts spanning 4500 years.

However, in a highly globalized world, poor countries rely on a global food supply system, which makes their populations vulnerable to price shocks. In food-dependent nations with high rates of poverty, political institutions’ stability relies heavily on food prices, particularly bread. To predict a revolution or uprising in a given country, all that is needed is to focus on the price of grain as an explanatory factor. Lesler Brown, the president of the Earth Policy Institute, who has been working on the politics and economics of food for decades, stated, “If I were to pick a single indicator—economic, political, social—that I think will tell us more than any other, it would be the price of grain.”

The correlation between food prices and social unrest is very coherent. In 2008, there were more than 60 food-driven riots in 30 nations, 10 of which led to multiple deaths. For instance, the price of bread prompted bread riots in 2008, in Egypt, which pushed the government to subsidize a program to keep food prices stable. Similarly, the Arab Spring was partly attributed to the sudden rise in food prices globally. In Egypt, the world’s largest grain importer, the price of bread rose by 30% in late 2010 pushing people to take to the streets, which eventually toppled the regime of Hosni Mubarak, who ruled the country for 30 years.

Besides other political, social, and economic factors, Lagi, Bertrand, and Bar-Yam revealed that social unrest in 2008 and 2011 in the Middle East and North Africa occurred in a period marked by a shocking rise in global food process. Yaneer et al. observed the FAO Food Price Index and its link to social instability. Using an econometric model, they revealed when this index reaches point 210, people protest in the streets against the government. The conclusion extrapolated from their study is, “If food prices remain high, there is likely to be persistent and increasing global social disruption.”