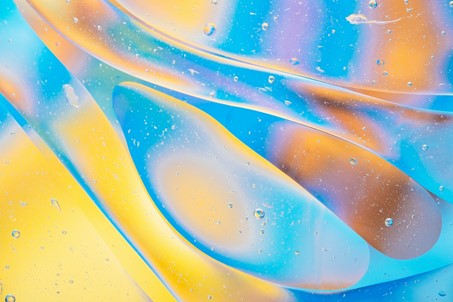 Coveted or reviled, palm oil represents a quarter of all vegetable oils. The market for this oil must meet strong demand while overcoming numerous obstacles: La Niña, Covid and environmental constraints. The long-term future of the palm oil market is difficult to predict. It is subject to contradictory injunctions: growing demand on the one hand and accusations of environmental damage on the other. Researchers are already working on innovative substitutes.

Production in 2021 will reach 80 million tons, compared to approximately 75 million tons in 2020, according to the Malaysian Palm Oil Council (MPOC). This growth is attributable to an increase in yield rather than an expansion of the area under cultivation, according to Huang Huohui, Chinese representative and member of the Council. The largest Malaysian and Indonesian producers have increased their areas by 0.5% to 1%, in anticipation of replacing aging plantations.

Indonesia remains the leader in production with 70% of the world’s output. The Indonesian Palm Oil Association (GAPKI) is optimistic about the post-Covid recovery, with India and the United States being dynamic importers. The 2020 slowdown has been offset by rising prices: from $482 per ton in May 2020 to $905 in December of the same year.

Demand for biodiesel is also expected to grow, with almost 16 million tons consumed for this purpose in 2021, while the slowdown in Chinese demand could drive down costs. China is banking on soybean oil production. 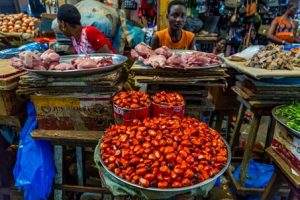 In Africa, Nigeria and Côte d’Ivoire are the leaders on the continent, each producing half a million tons annually.

In Nigeria, demand is higher than production. Leader in the 1960s, it now imports 50% of its needs. Micah Ojo, an oil palm grower for many years, dreams of returning to his former level of activity.

Nigeria sank into an economic crisis following the fall in oil prices in 2016 while its population, estimated at 206 million, is chronically underemployed. The country wants to revive its palm oil production and is investing heavily in a strategy to revive oil palm cultivation. Every year, its oil imports are eating into its foreign exchange reserves.

However, the loan facilities provided under the stimulus package are still inaccessible to oil palm farmers like Micah Ojo. Only large landowners are receiving support from the central bank to revive the economy. For example, the Okumu Oil Palm Company operates 33,000 hectares financed by a loan of almost 30 million euros. Funds that allow the group to plant new and better quality palm trees and to develop its production plants. The company produces 40,000 tons of crude oil annually, but intends to double its production within 4 years.

Despite this incentive policy, Nigeria does not offer all the infrastructures to support its ambition: poor state of the communication axes, power cuts…

The revival will be difficult without the small producers. According to the Nigerian Plantation Owners’ Forum, they represent 70% of Nigeria’s total production and are the legitimate beneficiaries of the government’s scheme.

The Forum calls on the government and lenders to:

Release appropriate loans for smallholders (around 4,000 euros);
Allow three years to develop one hectare of palm trees;
Allow smallholders to benefit from the expertise of the Nigerian Institute of Oil Palm Research (NIFOR) to accompany them in the process.

The Australian anthropologist Michael Taussig has written a 280-page essay, Palma Africana, which deals with the threat that palm oil poses to the preservation of human and environmental interests.

A reflection based on observations of Colombian cultures that would tend to demonstrate that the oil palm is the new colonizing weapon as was the sugar cane before.

The cultivation of oil palms in Colombia impacts economically, socially and ecologically the populations and the territories. In Isla de Papayal, a former cocaine trafficking site, militias have destroyed the land allocated to the inhabitants to pave the way for large landowners. The public representatives are absent and the militias take the law into their own hands: shooting, cutting up…

Only NGOs try to support the locals in the constitution of a resistance collective, helped by foreign subsidies. They note that the children of the village are poorly fed, that the families no longer have any agricultural income and that their survival depends on public assistance. 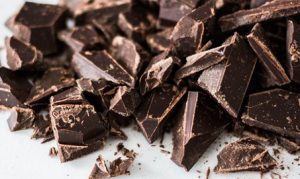 The future of the palm oil industry

All over the world, the palm oil industry is accused of accelerating deforestation and of destroying the livelihoods of local populations. On the contrary, its defenders point out its economic virtues in terms of development and job creation.

They argue that its bad image is maintained by the American soy lobby. They point out that for the same cultivated area, the palm tree produces five times more oil.

To make matters worse, Europe, with its Red II directive, has excluded palm oil from the list of transitional biofuels. Indonesia has appealed to the World Trade Organization for the discriminatory nature of the text, and Malaysia has followed suit.

However, major players are already planning to remove palm oil from their future strategy, such as the Total group, which plans to withdraw from this alternative resource within 18 months. For this energy giant, palm oil maintains its image as an environmentally destructive company. At its French site in Châteauneuf-lès-Martigues, the company imports 300,000 tons of Asian oil annually to produce its biofuel and indirectly contributes to the disappearance of the equatorial forest. According to the NGO Transport & Environment, biofuels made from this oil are more harmful than diesel from fossil fuels. And the scarcity of arable land encourages the use of food crops.

Even in the food industry, manufacturers are trying to replace palm oil with other oilseeds.  They use, for example, sunflower oil in spreads, cocoa butter in chocolate, olive oil in pizza, etc.

By publishing its ranking of good and bad students, the NGO WWF hopes to push industries to make a faster transition to palm oil substitutes. It points the finger at the chocolate industry or the cosmetics sector which, according to it, does not adopt an environmental protection strategy in their choice of manufacturing processes. Out of 227 companies – Carrefour, IKEA, L’Oréal, McDonald’s, Nestlé and Walmart – questioned about their initiatives and actions to limit the environmental degradation of this crop, only 85 responded.

The best students buy their oil from certified producers and implement local actions to protect natural areas or by investing directly in the farms.

For chocolate manufacturers, it is imperative that the sustainable strategy initiated a few years ago on the raw material cocoa also applies to palm oil, which constitutes the bulk of the finished product.

There is still little sustainable exploitation of this crop and the demand remains strong: the most consumed oil, its production has increased from 5 million in 1980 to 75 million in 2020. The low cost of production and its food qualities make it difficult to replace. 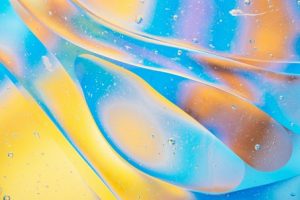 However, two Canadian researchers claim that it is possible to replace palm oil, which is omnipresent in the food industry. They have developed a sustainable substitute. Alejandro Marangoni is a professor of food science at the University of Guelph (Ontario) and Reed Nicholson is a PhD student.

They developed a vegetable oil from cottonseed and peanuts. It remains solid at all temperatures. This innovation could replace palm oil in many food products. The stakes are high, as palm oil is present in 80% of food products and is also found in some cosmetics.

The use of this new vegetable oil would also reduce the level of saturated fats in the diet and reduce health risks.