Between conflict, health crisis and climate change, eradicating hunger is looking like a pipe dream. The multiplication of crises is dramatically increasing the number of hunger-related deaths. This number exceeds the number of deaths attributable to Covid, without having been as much publicized. Thus, new hotbeds of hunger are being created that could be described as “extreme”. The association OXFAM France is an actor in the mobilization of citizens on social issues and supports emergency actions carried out in a humanitarian framework. In 2020, it was already alerting public authorities and the population to the explosion of hunger outbreaks. In 2021, it estimates that 155 million people are victims of food insecurity and that a dozen people die every minute, victims of the “3Cs”: Conflict, Covid, Climate. It carries out an inventory of hunger in the world, through its press kit entitled “THE VIRUS OF HUNGER IS PROPAGING”.

In northern Syria, Wafaa, a mother of five, explains that she used to run a small business, the main source of income for her household. The war brought her business to a halt and, at the same time, caused food prices to soar.

Conflicts are the first cause of famines: 23 countries are suffering from conflicts that impact 100 million people, in terms of food and health. It is difficult to organize the protection of populations (vaccines, masks, confinement…) in a war situation.

The military expenses incurred by the States worry the international and/or humanitarian organizations. They have increased by $51 billion in 2020 and are more than six times higher than those envisaged by the United Nations to improve food security throughout the world.

In some countries, the situation is alarming: in Ethiopia, Madagascar, Sudan and Yemen, the number of people suffering from famine has increased by 500% since Covid appeared.

After conflicts, the pandemic is the second cause of deterioration in food security. It increases inequalities, especially for certain categories of populations:

These categories combine the loss of their income with the absence of financial compensation systems.

Climate change is adding to the problem. Climate disasters have strongly affected Central America, Asia and Africa. There have been about 400 disasters since the beginning of the pandemic: floods, droughts, storms, fires….

If it is possible to eradicate hunger, the enterprise is vain without a political will of the States which assume responsibilities:

In the most affected territories, family farming is central and constitutes an essential lever in the fight against food insecurity.

OXFAM France invites the States to finance the United Nations humanitarian appeal, a little more than $7 billion, to undertake the necessary actions to eradicate hunger 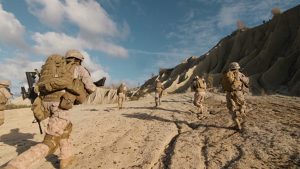 In March 2020, the United Nations called for a global cease-fire, a call that went unheeded. Conflicts persist and have displaced almost 50 million people. In the Tigray region of Ethiopia, an estimated 350,000 people are suffering from famine, a record since the last episode in 2011 that left 250,000 dead in Somalia.

In Yemen, the war has been raging for six years and has eliminated all income opportunities and caused food price inflation. If nothing is done, more than 16 million people (out of 30) will face starvation. The situation is unfavorable for women and girls who put themselves in danger to find food that they reserve for men first. When they harvest food, they have to go to the markets to sell their produce, at their own risk.

For some groups, under-armed, hunger is an additional weapon to keep the population under their control. They prevent all supplies by blocking food aid or destroying crops, livestock and sales points.

In the Central African Republic, farmer Houseina Tindombi had to flee her land and survive in a makeshift camp. Later, she returned to find her land completely devastated. Crops are lost and planting is impossible.

In this country, the proportion of the population facing an acute food crisis has increased by 30% since 2020. The main road between Bangui, the capital, and neighboring Cameroon is cut off, depriving the population of alternative imports. As a result, food prices have risen by up to 40%, with only 15% of the population having access to food.

The pandemic adds to the conflicts, it increases the difficulties to move around and pushes to the closure of the productive tool.

While the world economy has shrunk by 3.5% over the last 18 months, global poverty has increased by 16%. The loss of income due to the loss of work has cost 4.4% of the world’s GDP and precipitated famines and malnutrition.

The price of food has exploded, experiencing its highest increase in 10 years: + 40%. This is explained by the pressure of the demand for biofuels combined with the difficulties of supplying foodstuffs. This configuration particularly affects importing countries (Yemen, Haiti) which cannot apply their subsidy or price control policies to imported products.

The rise in food prices benefits agribusinesses, while small farmers do not have the opportunity to ride this high wave. They do not have access to the inputs and fertilizers necessary for the expected production, due to lack of means or supply difficulties.

In Nigeria, 88% of farmers have seen their income fall because they cannot access their fields for farming. Over the same period, the 10 largest agricultural companies received an additional $10 billion in revenue.

The pandemic has highlighted the need for social shock absorbers for the poorest of the poor who have lost their jobs, both to fight hunger and to safeguard the economic system. In the world, 4 billion people have no social coverage. This same population is not vaccinated and is not allowed to resume its normal economic life.

According to the International Chamber of Commerce, unequal access to vaccination will also impact important markets like India. Immobilized workers will not produce wealth. For a country like India, the economic losses could approach $786 billion, an amount that weighs 27% of national GDP.

If the richest countries do not commit to a policy of sharing vaccine doses, some poor countries will have to wait up to 57 years to vaccinate their entire population, according to OXFAM France.

The World Health Organization had recalled that 11 billion doses are needed to reach the 70% vaccination rate and hope to stabilize the pandemic. This volume implies sharing the rights to the vaccine formulation to allow mass production in all available production units.

The year 2020 has seen many extreme events with damage approaching $50 billion. These climatic “tantrums” have increased threefold since the 1980s. In spite of this, governments persist in directing their political actions towards the more visible pandemic.

Agriculture contributes largely to this climatic degradation. The injustice lies in the fact that it is the countries with the least intensive crops that suffer the most severe effects of climate on crops.

We can mention the Amphan cyclone which destroyed crops and fishing boats in India, or the various cyclones which caused the invasion of locusts in Africa. The multiplication of these events no longer allows farmers to rebound between episodes.

In Central America, the region that straddles Guatemala, Nicaragua, Honduras and El Salvador is known as the “drought corridor”. In 2021, its population is hungry, 1.7 million of them are in food emergency. Repeated storms have destroyed the agricultural apparatus. There were 30 devastating storms in 2020 compared to 18 in 2019. 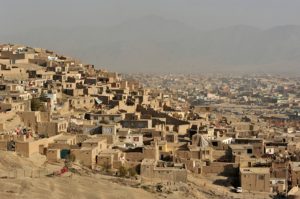 Where are the hotbeds of hunger?

Yemen: a war without end

. Due to the war in Hajjah region, Bahjah had to move with her eight children and elderly husband. Her children have to beg for food in the street or collect surplus from restaurants to survive. Her case is far from isolated. The conflict has been going on for six years and the country has the most extreme cases of famine. 70% of the population is eligible for emergency humanitarian aid that is struggling to reach them. The lack of fuel limits the supply of water to the populations parked in the camps.

Afghanistan: the “3Cs” in strength

The poorest Afghans say they would rather die from the virus than from hunger. Six times as many as in 2017 are totally dependent on food aid, which is lagging behind due to renewed violence and the Taliban’s rise to power. The country is largely affected by the “3Cs”: the virus and violence have destroyed jobs and La Niña has caused drought episodes. The government launched the Dastarkhwan-e-Meli project, a food project that distributes a package of flour, oil and beans. To complicate matters, the pandemic has led to a drop in donations at a time when the country is heavily dependent on international aid.

Like several of his neighbors, Ngachibaba, a goat herder, had to leave his flooded home in a hurry for another village. Independent since 2011, South Sudan is experiencing the worst food crisis in its young history. More than 80% of its inhabitants are in extreme poverty and about 100,000 people are in a famine situation. The rest of the population is anemic or stunted. The peace agreement is marred by some inter-communal violence. Humanitarian organizations are also providing assistance with essential infrastructure: water, sanitation, justice…

This area, which includes Burkina Faso, Chad, Mali, Mauritania, Niger, Nigeria and Senegal, has seen a significant increase in food insecurity, particularly in Burkina Faso. Conflicts are more intense in the central Sahel and the Chad Basin, where 5 million people have been displaced. Despite the food crisis, the budgets of these states continue to fund arms as a priority. Between 2016 and 2021, two countries have invested heavily in war equipment: Burkina Faso: +83% and Mali: +669%. In addition, extreme floods have drowned the land and decimated livestock. Food prices have exceeded those of 2016.

Venezuela: a salary that does not feed

In the Northwest, more than half of the population is parting with their possessions to feed themselves or sending their children to beg. The closure of schools deprives them of a daily meal. And the closure of some farms deprives parents of their source of income. The minimum wage only pays for 1% of the food needs of a family of five. The government has decided to increase the minimum wage by 300%, but people have to earn about 550 times the minimum to feed themselves properly. Humanitarian organizations are supporting the establishment of community kitchens. Before the pandemic, one third of the population was already food insecure.

The country is paying a heavy price for Covid. More and more of those who remain are falling into extreme poverty. Certain groups are more affected by hunger: women, blacks, rural people and indigenous people. The middle class is also affected: in two years, the share of households with lower food insecurity has risen from 20 to 35 percent. Small and medium-sized businesses have suffered: in 2020, 40% of business closures involved small and medium-sized structures. The latest emergency aid approved by the government excludes many Brazilians who are at risk of falling into extreme poverty. Humanitarian aid distributed food vouchers to the population.

New to the list of emerging hot spots, South Africa has 24 million people at risk of food insecurity, 2% of whom are in emergency situations. Before the pandemic, a quarter of South African children under the age of 5 were already showing symptoms of malnutrition: anemia, stunted growth…. The school feeding program was stopped when schools were closed, it concerns 9 million children. The drought has also hit the eastern provinces, compromising crops and livestock. OXFAM France set up soup kitchens and extended its action to the West. 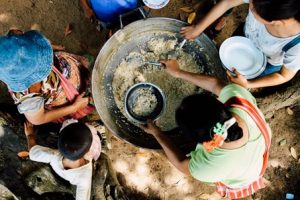 OXFAM France has identified several actions to be implemented urgently and then in the long term to curb food insecurity and avoid a major famine: