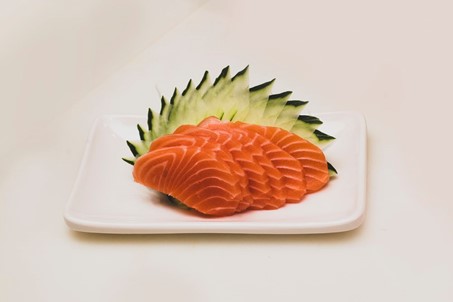 The seashore is a few dozen kilometers away, but those are salmon swimming in a large saltwater pond in Saitama, a city of one million people located in the suburbs of Tokyo.

With the explosion of salmon consumption in the 1980’s, sea farming has replaced fishing.  The warm waters of Japan do not allow it to compete with the market leaders (Chile and Norway), hence the idea of land-based aquaculture.

Tetsuro Sogo, at the helm of the startup FRD Japan, decided to raise Japan’s favorite fish far from the ocean. This new farming technique allows to generate income by producing freely anywhere.  The technique is costly in terms of water and energy. Artificial sea salt is added to fresh water and a cleaning bacteria maintains the balance of the environment.

Despite the extra cost of this process, the market exists. Today, Japan has to import 2/3 of its needs and select a farmed fish that is sufficiently treated and monitored to be consumed raw.

Other companies are interested in this sector, such as Pure Salmon, which is planning to build a giant farm in Boulogne-sur-Mer, France, as part of its European development supported by a Singaporean fund. A 175 million euro project for an aquaculture farm that aims to produce 10,000 tons of salmon annually.