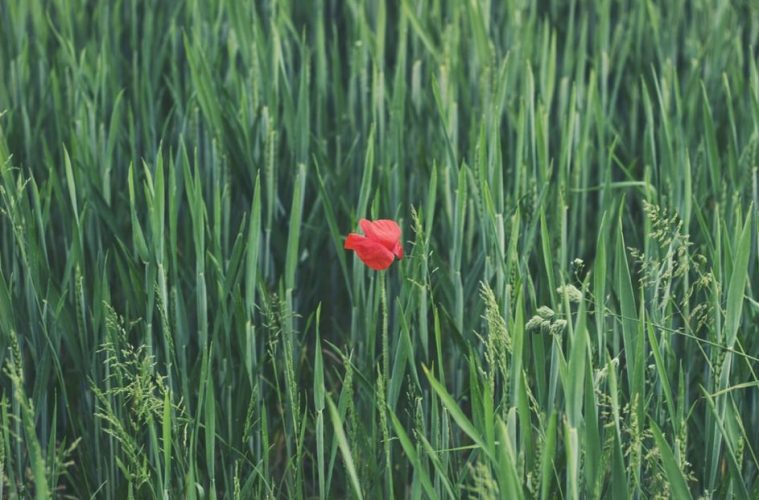 Advocacy for a peaceful agricultural revolution

Michel Dron, secretary of the plant section at the French Academy of Agriculture, brings his thoughts on the need for a thoughtful agricultural transition, in collaboration with the agricultural world and without ideological brutality. He also reminds us that it is urgent to participate differently in the emancipation of the African continent, in a less dominant position.

Michel Dron holds a thesis in plant molecular biology. He taught plant biology and then studied the molecular functioning of photosynthesis before directing his research on the genetic determinants in the interaction between plants and pests. His experience in the field of crop protection led him to take the position of Scientific Director of the Centre for International Cooperation in Agricultural Research (CIRAD). During his four years at CIRAD, he developed his knowledge of tropical agronomy, from genetics to social and political sciences in hot regions.

Today, he works at the Académie d’agriculture de France, a royal academy founded in 1760 that deals with agricultural issues: plant improvement, agricultural policies and economic models… in France and in French-speaking countries. The academy intervenes at several levels :

Contributing to the reflection of governments and decision-makers ;
Inform the media by communicating scientific advances ;
Providing information to populations through symposia.

It is necessary to question the future of agriculture and develop possible scenarios in our technological age and in the face of new consumer expectations. It is also necessary to worry about the future of African populations and their continent. And finally, we must ask the question of communication towards the media and the risks of agribashing. 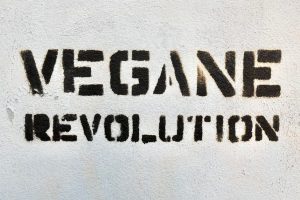 The agricultural question is bubbling. As soon as the Second World War ended, the quest for food security began. It paved the way, and the funding, for efficient agriculture boosted by inputs and mechanization, supported by a booming agrochemical industry. Environmental issues arose later and led to the observation of an overheating planet, rising greenhouse gases, retreating glaciers, invasive algae, and diseases due to nanoparticles.

While agriculture cannot bear sole responsibility for this degradation, which it shares with industry and transport among others, it must of course integrate these aspects into its transition. Agriculture should not be seen as a frozen ecosystem, awakened by a pandemic, it has already made changes since the time of indiscriminate pesticide spraying and continues to do so.

According to Michel Dron, some “political ecologists” only envisage a complete rewriting of agriculture and agro-technical itineraries, a kind of complete eradication of what already exists. On the contrary, he argues that the current challenges are simply succeeding the previous ones and that we must rely on history to move forward. The rupture is not beneficial according to him, it responds more to a reaction than a reflection.

He adds that the projection of 10 billion human beings in 2050 is a major challenge and that the world’s population is not satisfied with “a few salads”. It has expectations of comfort and freedom in its choice of food.

The objective is to know how to feed this population, how to guarantee them protein, carbohydrates, acids, lipids, etc.. Even if certain groups feed exclusively on vegetable proteins, such as the Indians, part of the medical profession is concerned about vegan diets and the repercussions on health.

There is also the question of the future of the territories if the animals were to disappear from the landscape. Animal husbandry is complementary to crops. The vegan movement advocates a break where Michel Dron would like to see a continuity in meat consumption but with changes in animal welfare, a limitation of off-ground breeding, a calming of the intensive agriculture known until today.

If animals are essential for soil amendment and recycling, it is also true that our more sedentary lifestyles allow a change in our diets, with less protein. 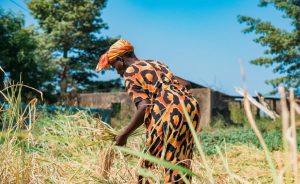 This questioning of man, animals, the earth and its biodiversity justifies a more concerted reflection on “intelligent” agriculture, that is to say, respectful but also productive, to feed the planet, which leads to the more taboo question of birth control. Food insecurity already threatens countries with low yields for a high population, such as Africa.

The African issue is also a priority on the European issue of meat consumption according to Michel Dron. The food and agro-ecological dynamics are at a standstill on this continent yet diversified in terms of animals and plants. Wars and migrations are intensifying, especially since the continent is particularly affected by climatic hazards, global warming, desertification, rising oceans, etc..

Increasing the useful agricultural area is an option, at the cost of deforestation, similar to those in Latin America or Russia.  At the same time, how to obtain or maintain a good quality of arable land capable of constant production in spite of hazards. In this favorable ecosystem, it is also necessary to count on trained farmers, an adapted seed supply and efficient food distribution networks.

It is also necessary to know how to preserve a fertile soil:

New intelligent tools allow the analysis and monitoring of production to determine the need for mechanical, biological or even chemical intervention.

Who will be the farmer of tomorrow? Undoubtedly a farmer closer to an agronomist profile, capable of dealing with all the data: economic, climatic, biological, environmental and digital, to better exploit his plots. He will himself be a provider of solutions for biodiversity, the reduction of mechanical intervention to limit greenhouse gas emissions, and the very localized treatment of crops. UAV technology is already being used for this purpose.

This increase in competence must be shared. There is today a gulf between Western and African countries. The former perceive the opportunity to exploit the latter with the support of African leaders who do not care enough about the interests of their people. The latter do not see access to wealth and well-being.

The few contributions are westernized or orientalized more recently, they do not take into account the local culture. The other continents see Africa as a lever for their own development.

Let us cite the case of France, which has intervened a lot on the African continent, clearing tropical forests for cotton, oil palm, pineapple or banana plantations to feed and sustain its economy at prices defying all competition. Actions are certainly carried out through non-governmental organizations and institutions such as the Institut de recherche pour le développement (IRD, formerly ORSTOM) or CIRAD. These institutes have accompanied the development of national technical institutes to help organize the African peasant ecosystem. But the results are not satisfactory at several levels:

The distribution networks ;
Losses at the edge of the field;
Cold chains;
Storage systems.

The situation is worrying in a country with a galloping population. The drop in birth rate observed in African countries is too small to curb consumption.

It is time to build an inclusive and sustainable model of food security, working with African populations within their cultural framework and through a system of support for local products. This is the case, for example, in Senegal, where rice cultivation had been abandoned despite major irrigation works due to the low-cost importation of Thai or Chinese rice. Following local financial support to rice growers, they resumed the activity.

Westerners need to review their support methods and refocus efforts on educating people in African, rather than French, agronomy. The success of this education depends on the ability for self-learning and free access to literature on agricultural issues. The concept is in its infancy and must be strengthened.

Michel Dron calls for an awareness of the priorities of providing the African people with the means to face their vital food security challenges in a climate context that is not very favorable. Otherwise, the risk is to observe intensified migratory flows towards the West.

If political will does not change much, we can hope that the climate emergency and the demographic “threat” will accelerate the activation of national or international initiatives.

This lack of means and knowledge makes populations highly permeable and receptive to foreign interventions, whereas some are receptive out of interest. Even if multinationals support local agriculture out of interest, they participate in African agriculture and propose adapted solutions. In the case of pesticides, for example, it is not conceivable to destroy the capacity to feed the population on the altar of ecological ideology, but it is conceivable to orient farmers to a reasoned use of these chemical inputs. 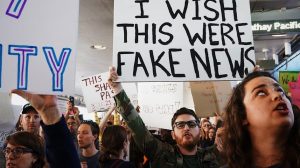 This divergence in farming methods and inputs is also the result of a hastily produced and broadcast communication “without digestion” according to Michel Druon.

He regrets, for example, that information on glyphosate never refers to its chemical definition and how it can harm human health from a biochemical, or molecular point of view? On the other hand, it is accompanied by various humectants on which the agrochemical industry does not communicate transparently.

In the end, listeners absorb contradictory information, including from scientists who do not necessarily express themselves in their speciality. This confusion can also lead the population to reject information in general and to take only the information that is at risk in a culture of fear, maintained by market sectors. The culture of zero risk is opposed to food, as any intake of food is risky.

The development of all digital media tools has shortened communication times to the detriment of verification, with an audience that over-reacts out of fear.

To return to the issue of veganism, primary school children are already convinced that they should not eat meat while eating industrial snacks or candy. The influence is radical and does not leave room for individual choice. Parental knowledge is essential, but education programs are also an opportunity for civic education that explains not only the functioning of public institutions but also the principles of food and health.

Man has certainly not always been omnivorous, but transitions must take place at the pace of the population. Legumes, for example, offer vegetable proteins, but these do not have the same amino acid balance.

The industrial farmer-producer is a cliché that is opposed by the vegan partisan of an urban culture; he is a minority but young and educated. In an agribashing movement, he envisages violent action as the only alternative to make himself heard.

Michel Dron reminds us that these changes in consumption cannot be brought about by such radical pressure from a minority group on a whole, and that it takes consultation and time, like the advances in understanding infectious diseases and the increase in life expectancy that followed.

On the agricultural level, there are groups with converging interests that make local decisions but they are not necessarily made for the benefit of the soil and the land.

The French Academy of Agriculture, for example, is conducting work on mixtures of species such as the joint cultivation of legumes and cereals on the same plot of land with a nitrogen supply for one and protection of the other from parasitic spores.

Unions and cooperatives are also working on organic manure in a form of organic farming. Farmers are also engaged in the transition, but they are under pressure in terms of achievable margins, personnel and equipment costs.

The misunderstanding between a youth held responsible for the future and farmers shared between collective and individual objectives leads to a community withdrawal, whereas the innovation expected by the parties is the result of a collective. The farmer can only innovate in his own field, he is dependent on the world of information technology to provide digital solutions.

All the transitions have been painful and all the innovations were born of constraints.