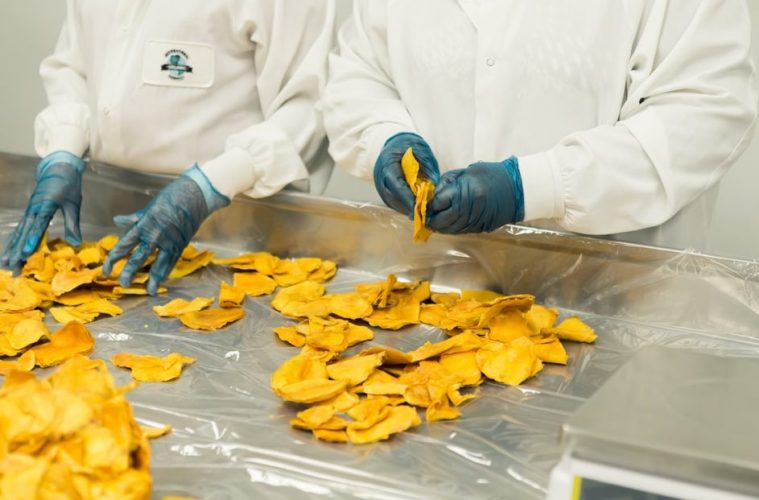 Startups are revolutionizing the agri-food industry

To strengthen their development strategies, players in the agri-food industry are now calling on startups. They finely identify consumer expectations and develop specific know-how to the point of representing a competition on the new healthy food markets. Industrialists have understood this and are playing the partnership card, hoping to benefit from the strong consumer confidence index towards startups. Today the startup creates the concept and the industry brings the funds.

Companies operating in the agri-food sector have seized the opportunity of these small, agile and innovative ecosystems. They invest a lot in them, for bio, vegan or gluten-free for example.

Thus, in 2016, Danone is committed to the Michel & Augustin brand, which has established itself on the snacking market around the world, notably by signing partnerships with Starbuck and the SNCF. Michel & Augustin is a new force in the landscape, it practises do-it-yourself, employees all pass their pastry CAP, hiring is done by word of mouth and communication is also built internally. In this way, Danone benefits from the advantages of an organization that it cannot apply throughout its multinational company.

For Danone, this participation opportunity was an opportunity to launch its new fund, Manifesto Ventures, a structure for investing in startups with high added value for the brand. Danone, which has completed more than 15 equity investments in innovative companies in the sector, among others:

The success of certain startups reflects the evolution of demand. Consumers are becoming citizens and expect more from their food brands. The major food groups are even distrusted by them. They see in the acquisition of small creative brands the opportunity to stay on the market and to show themselves with a new face.

The success of the Yuka startup demonstrates the ability of these new entrepreneurs to propose, in real time, offers of products or services that meet the expectations of consumers.

This Yuka application, for example, allows consumers to decipher the products they buy from a nutritional standpoint. The application reads the bar code and then returns an information sheet. Beyond the functionality of the tool, Yuka meets a life goal. To be an enlightened consumer, attached to quality and respectful of nature and animals.

In the long term, these trackers of “bad” products are forcing manufacturers to evolve at all levels: supply of raw materials, processing and distribution of finished products.

Boosted by the various scandals that have tarnished the food industry, the Yuka app, at the top of its 4 years, already has 15 million downloads and has been in the top 20 Apple and Android apps.

It has developed the famous Nutri-Score, which represents 60% of the score awarded to the product (30% for additives and 10% on the organic label) a rating that makes food companies tremble. Each brand can see its efforts in design, production, communication and packaging reduced to nothing in a few seconds if its product shows a bad result.

The Nutri-Score is a label that officially came into force in 2017, by ministerial order. Using color codes and letters, it translates the nutritional profile of each product according to its fat, sugar and salt content. Researchers have developed this score by calculating the nutrient content per 100 grams of product :

With some exceptions (coffee, alcohols, etc.), all processed products and beverages have been analysed and have a Nutri-Score.

As of January 1, 2021, in France, the display of the Nutri-Score becomes mandatory on advertising media distributed from and to the territory. This broadcast concerns the internet, television and radio waves. It should be noted that advertisers can derogate from this in exchange for a contribution to the National Public Health Agency.

In order to convey a positive image, many manufacturers have already adopted the Nutri-Score on their packaging, with more than 200 brands, including Fleury-Michon, Danone, Bonduelle, Marie, Nestlé and Carrefour. Others, such as Intermarché, have announced the redesign of more than 900 recipes for their branded products.

Labelling has also spread to other European countries : Belgium, Switzerland, Spain, Germany, the Netherlands and Luxembourg.

This labelling on products remains voluntary, the petition launched in May 2019 did not gather the million signatures required to impose the decision on the European Commission. However, a few partisan industry groups and a few elected officials are pushing Europe to adopt the text, arguing that one adult in two is now obese or overweight and that this labelling is recognized as an effective tool for public health policies.

Making an informed choice is the credo of consumers. And the applications of nutritional information seem to help them in this pursuit.

Yuka, Open Food Facts or ScanUp aim to expand their fields of action as their notoriety grows. ScanUp, for example, in addition to the Nutri-Score, provides information on the degree of transformation of the product, and for this it is relying on the Siga startup that plans to develop and market its future label to manufacturers.

Some voices are speaking out against a form of “dictatorship” on the part of these virtual lecturers, whose penalty scores come from uncontrollable calculations and reduce the diversity of purchases for consumers. Not to mention their independence, which is difficult to verify.

Let’s take the example of Yuka: the rating of the product comes from the Nutri-Score, the importance of the additives present and the possible organic label. Only the Nutri-Score is the result of scientific research, the other components are not. They even come from a partial analysis according to Mathilde Touvier, director of research at Inserm, who gives her opinion on the subject.

Moreover, some raw materials are poorly rated, such as salt or honey, even though they have their place in the diet. Others, due to the lack of a bar code, escape the rating even though they can be harmful, such as certain vegetables containing pesticides.
It is difficult to find a balance between the opacity that has prevailed until now and this invasive information that seems to be absolutely true. But let’s face it, these startups are shaking up the agri-food landscape and tend to blur the veil between farmers and consumers. 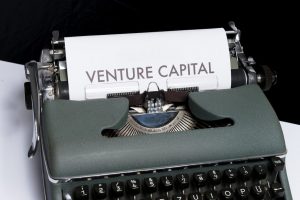 The hunt for startups

It’s the hunt for startups. Manufacturers have reviewed their strategies in the face of this microcosm of entrepreneurship which weighs more and more heavily, technologically, socially but also financially in view of the funds raised. The multiplicity and diversity of these startups’ initiatives dilute the power and weaken the impact of the lobbying carried out by the large agri-food federations with a few influential politicians or leaders.

A startup can even become a competitor of an industrial group because innovation and technology have become the center of a company’s attractiveness. Some startups go public in a dazzling way, investors commit large sums of money on young companies without any more guarantee than their noise in the media. Industrialists prefer to turn them into allies rather than enemies.

In addition to Danone and its €200 million package, other industrialists are creating their own investment or incubation structure, Eighteen94 Capital for Kellog’s or 301Inc. for General Mills. The objectives are multiple: customer acquisition, acquisition of foodtech or reputation in the healthy food niche.

Nicolas de La Giroday, Vice President Southern Europe for General Mills recognizes the power of startups to provide an immediate and relevant response to the consumer. The group has invested in a dozen promising companies:

What these attractive companies have in common: vegan, organic, gluten-free or GMO-free. This is the case of CaPao, a brand that offers organic cocoa bars made from cocoa tree pulp and which has seduced the Mondelez group (Oreo, Milka…) and its incubator SnackFutures, created in 2018.

These startups sometimes even have the power to revive declining segments: Yooji, based in Agen, prepares organic ready meals for children in a declining market, and Danone has opened its wallet to him.

Even the Coca Cola giant believes it cannot do without these seeds of innovation. The firm has created the “Les Assoiffés” incubator and has set its sights on another French startup, Kol, which provides a cool drink delivery service. Its competitor PepsiCo has launched a support structure, Nutrition Greenhouse, which predicts a bright future for Jimini’s and its insect-based proteins or for Le Petit Béret with its non-alcoholic wine.

And what about startups??

Startups end up giving in to the temptation to become even more successful in exchange for their freedom and join an industrial group capable of financing their dreams.

But this rallying also gives them access to services usually reserved for industrialists because of their size. For startups, these capital gains take several forms.

For some of them, this partnership allows them to benefit from the advice of experts or coaches to overcome obstacles, from a network to conquer new markets or from infrastructures to set up a production site abroad.

Start-ups are multiplying in the food industry, and even competing with each other. With a turnover between 1 and 50 million, they form a heterogeneous landscape but have the same appeal in the eyes of industrialists: a source of inspiration.

Investing in a startup also means deciding to outsource an activity for a price that is often lower than an internal development. Antoine Fievet, owner of Bel (La Vache qui Rit, Kiri…) has decided to work with the SME Protial to develop new products in the air of time, a kind of external laboratory.

Intentions and financial contributions are not enough for the success of these marriages. Differences in corporate size culture force the parties to speak the same language. Face to face, food industry heavyweights with multiple ramifications and startups with short, hyper-digitalized joints led by younger entrepreneurs.

To increase the chances of success of these unlikely partnerships, Danone has decided to organize meetings between the startups in its Manifesto Ventures club and the group’s managers in order to initiate exchanges from which new trends will emerge.

Sometimes, on paper, everything comes together, genius and financing, but those who have been startups, like electrons, do not always manage to give up their freedom.

Michel and Augustin, creators of the eponymous brand, recently resigned as managing directors. Danone had almost become 100% owner of the company and had appointed a former Andros brand employee to head it.

Let’s hope they will come back as “taste troublemakers” again. The innovation was not so much in their products as in the entrepreneurial approach based on a know-how imposed on all employees, in a participative spirit.

In the end, the challenge is to preserve the soul of the startups that succumb to the siren song of the CAC 40.