Towards ecologically intensive agriculture in Africa

According to UNDP figures, 31 out of 36 countries with a low HDI (Human Development Index) are in sub-Saharan Africa. The region is home to more than half the world’s poorest people, living on less than $1.90 a day and working in arable and livestock farming, and fishing. As agriculture is one of the pillars of African economies, the question is whether a policy of achieving sustainable growth in food production to address extreme hunger and poverty can improve these African countries’ scores. We think it can.

There are examples to suggest we have reasons to be hopeful. For instance, climate-smart agriculture projects in Mali and Cameroon are helping nature-friendly villages to emerge. In Ethiopia, vegetable gardens farmed using agro-ecological principles are freeing up the potential of rural women, reducing social inequalities and paving the way for better nutrition. 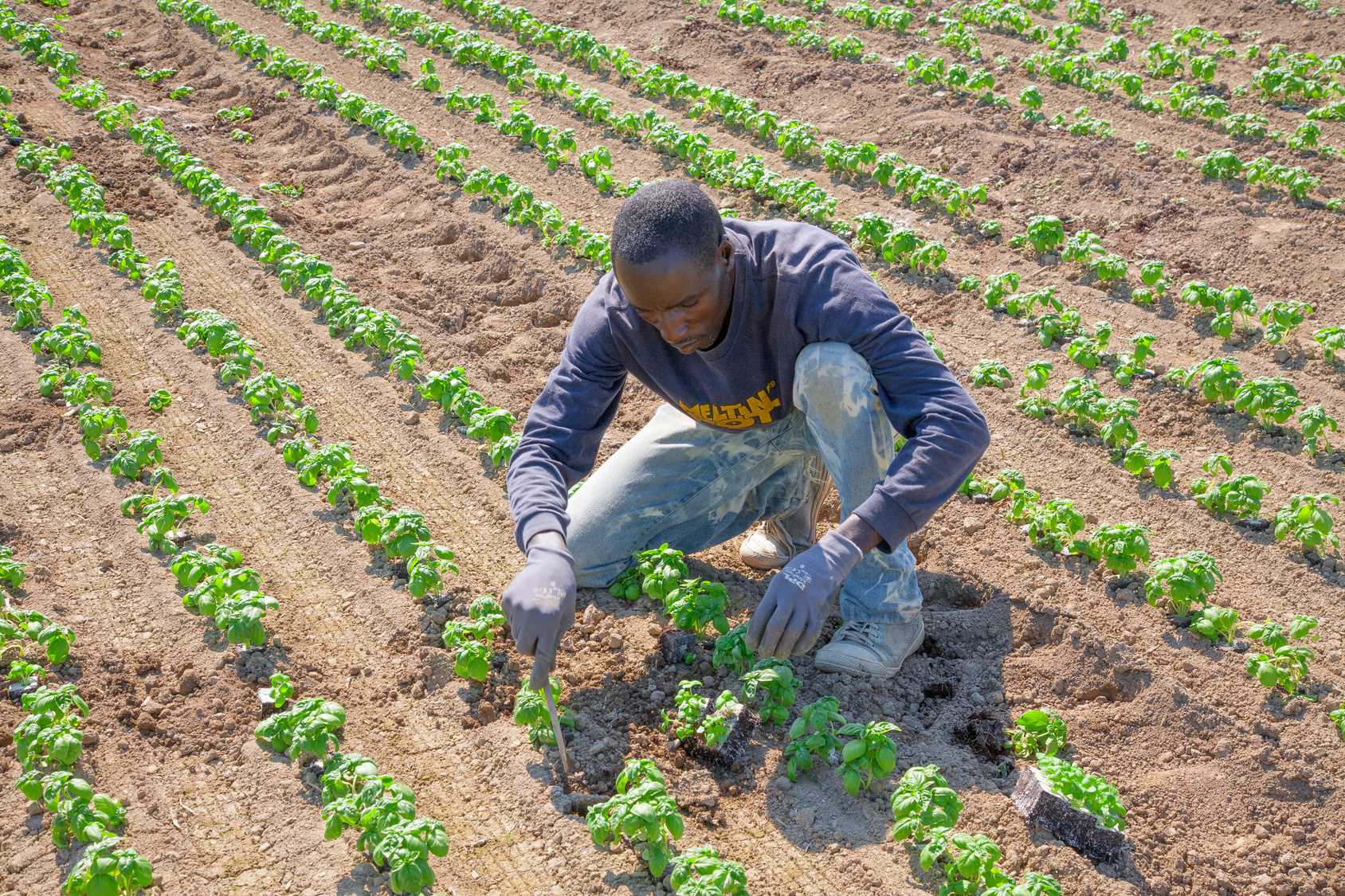 The primary mission of agriculture is to ensure that the people who work and farm the land can grow enough food to feed themselves and supply the market successfully. Against this yardstick, Africa is falling well short: 2.3 people in 10 suffer from chronic malnutrition, while 1.28 billion people suffer from food insecurity (FAO, 2019), even as the continent is regarded as one of the planet’s grain heartlands.

Is the depiction of Africa as a land of plenty with unlimited resources just a myth? Should we believe in the prospects for development driven by agricultural growth? At a time of worsening climate change, with drought eating up more and more hectares of farmland and environmental organisations calling for the rewilding of natural spaces, Africa’s food equation has never been so complex.

Even though it is hard to square with the preservation of soils and ecosystems, boosting agricultural productivity is the best way to sow the seeds of a fair, egalitarian form of development.

Alarmist rhetoric about vanishing biodiversity is now rife, posing challenges to the future of mechanised agro-industrial farms that consume large quantities of chemical fertilisers and pesticides. “A form of agriculture that cannot produce without destroying carries the seeds of its own destruction“, says Pierre Rhabi. But while the limitations of agro-chemistry are obvious, let us not fall into the trap of anti-productivist doctrine. The ideas of American biologist Edward O. Wilson, who would like us to return 50% of the habitable land surface to nature in order to protect 85% of wild flora and fauna, run counter to food sovereignty.

The responsible management of soils, forests and water resources is a crucial theme of agricultural policy. Smart production practices, including low-impact forestry, the use of renewable energy sources, and agro-ecology, set the tone for efforts to cut our carbon footprint. According to FAO Director-General Graziano da Silva, “climate-smart agriculture is a way of increasing food production while adapting to climate change, in order to reduce and eliminate greenhouse gas emissions”. Success stories from Cameroon, Uganda, Mali and Ethiopia are there to prove it. 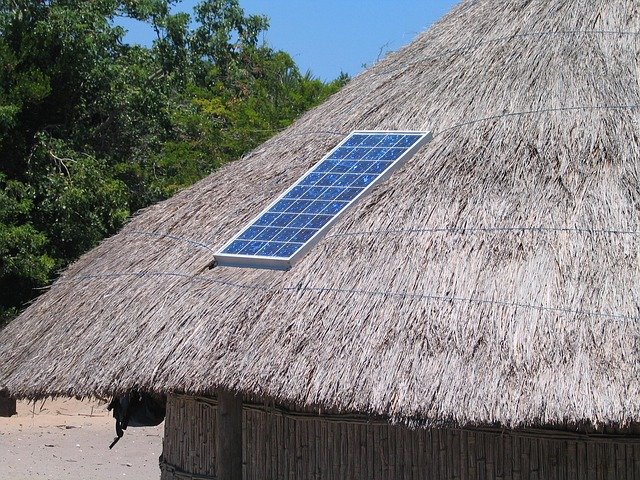 In southern Cameroon, 500 farmers from Ngoulemakong discovered the art of sun drying in 2018. They had previously had to sell off cassava during periods of plenty. The arrival of solar dryers has allowed them to keep harvests and sell them at more of a profit, while the distributors of solar equipment have access to a local market. Cassava farming is part of a solidarity economy model: few losses, and fewer carbon emissions as the product distribution network does not go beyond the boundaries of the locality.

A similar experiment has been reported in Buganda, a dependent kingdom of Uganda. The local authorities have provided solar-powered water pumps for irrigation purposes. The benefits of the project are immediate: not only stable cassava yields, but also the satisfaction of reducing losses and spreading harvests over several months thanks to drying. Producers have reached a trade agreement with Uganda Breweries with an exceptional value of 150 million euros.

Mali is seeking to go even further by putting the question of climate-smart agriculture at the forefront of education. Under the auspices of Unesco and the Climate Fund, the Malian government recently began a “Project to increase the resilience of the education system as an alternative means of preventing and combating climate change“. Asked about the purpose of the project, Mali’s minister for the environment, sanitation and sustainable development explained: “The deterioration of biodiversity and ecosystems is one of the factors contributing to food insecurity in our country“. The project recognises communities’ rights to information on the extent of environmental stresses experienced on a daily basis, and on adaptation strategies, and this starts in school. The operational arm of the project is made up of teaching staff, visiting teachers, parents’ associations and school administration committees. They are responsible for passing innovative crop growing, irrigation and fertility management techniques on to citizens. One of the project’s goals is to increase the resilience of socially vulnerable groups.

The potential of agro-ecological market gardens 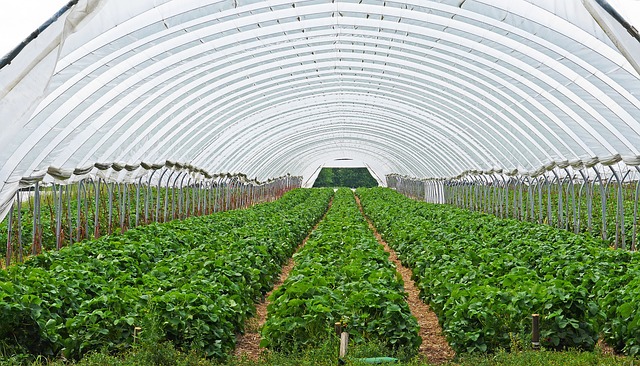 The village of Awra Amba, world-renowned for its egalitarian society, is also pioneering the green economy in Ethiopia. The 500 farmers who live there are fully signed up to conservation farming principles. Chased away, held in contempt and persecuted by neighbouring clans because of their revolutionary ideas, they realised that their survival depended on being self-reliant for food. Hence the creation of a community garden growing a wide variety of vegetable species, such as tomatoes, lettuce, kale, sweet potatoes, chard and Swiss chard, and gourds. Crop rotation has a key role to play in recycling nutriments, enabling two or three harvests a year and avoiding the abuse of chemical fertilisers under any circumstances. Composting is routine to return to the earth what the plants have taken up. To cope with the seven-month dry season (October to April), the community of Awra Amba has set up a system of solar-powered irrigation tapping into groundwater.

As a result, the community garden has served as a demonstrator, insofar as family vegetable plots now thrive in back gardens. Market gardening offers women a source of income but, thanks to people having their own food to eat, it also reduces the impact of fluctuations in the prices of basic foodstuffs and gives people the chance to cook varied, balanced meals.