The commodification of soil, as a systemic breakthrough

As was seen above, the constraints linked the expansion of African agricultural availabilities relating to the legal and social status of the earth are decisive. Is this ia long-term situation?

In principle, the terms defining land rights change relatively slowly due to social rigidities in rural areas. But, in the current context, one cannot fail to see an acceleration in the process of inclusion of means of access to theland and its resources in the market economy, even when they seem to remain in lineage or customary practices (Collier, and Dercon, 2014; Headley and Fan, 2014). To the extent that affirming the inalienable nature of land, often associated with mystical links – land-ancestors-spirits-fertility, would refer today to a “backward-looking perception”, seriously shaken by the facts (Ph. Colin, 2017). If one puts aside the more remote areas, isolated, far from roads and markets, the trend toward a commercialisation of the access to land would become evident (with Côte d’Ivoire as an illlustration for Ph. Colin ), with the increase in land pressure due to demographic change, urbanization and the expression of a rural land demand from local elites, rather than just foreign investors.

These changes are confirmed by other studies, focusing in particular on changes during the last decade in the distribution of the size of holdings (Jayne et al. , 2016). Demographic and health surveys (EDS) representative of six countries (Ghana, Kenya, Malawi, Rwanda, Tanzania and Zambia) show that urban households have between 5 and 35% of the total farm area and that this proportion is increasing in all countries. This suggests the existence of a new channel, hitherto unknown, by which the mid-size farms could modify the strength and location of agricultural growth and multipliers of employment between rural and urban areas (IFAD, 2019).

This “commodification” of rights of access to land is identifiable in various trends as the rise in the range of mid-size farms, in particular in the 10 to 100 hectares range; this phenomenon reflects an increased interest in the land from city-dwellers of the wealthier classes and is accompanied by a rising trend of the price of the land both in rural areas and in the areas close ot the cities. This results in an irreversible erosion of the customary tenure under the effect of the individualization of rights and a parallel confiscation of the land annuities outside of the lineage, community or chieftainship sphere.

The process of extension of land by commercialisation does however meet with resistance.. Strong tensions exist, in particular in areas already affected by powerful pressure on resources as in Ethiopia, Madagascar or the Sudan. Peasaant revolts are perhaps less frequent in Africa than elsewhere, but they do exist. In these possibly conflicting contexts, the emergence of a management of the land environments by their occupants constitutes a promising aspect in the development of new land policies (Jacquemot, 2018a).

The assertion of a very broad availability of virgin lands without any human exploitation in Africa south of the Sahara precludes concrete situations of a land environment in upheaval. On the one hand, it is still marked by the characteristics of the population and by the relationship between companies and their environment, which are part of complex historic trajectories and, on the other, by the accelerated process of the land commercialisation, under strong agronomic constraints, both environmental and human. At best, the possibilities of expansion, without threatening the forests, protected habitats and grazing land, and before any intervention of large scale land development, with intensive use of irrigation, rise, according to our calculations to a fifth of the areas already cultivated.

Despite their obvious interest in the definition of appropriate policies to confront the issues of the expected growth in needs for land and food, there are numerous limitations when it comes to estimating Africa’s agricultural heritage. We may hope for an improvement by cross-referencing more reliable data from observations in the field and those taken from processing satellite images. The topic is of importance because we can say without fear of being wrong that the question of land availability will remain critical in Africa over the coming decades. Until 2040, family agriculture will be still the lifestyle of approximately 60 per cent of the population; it will always provide the bulk of agricultural and food production. The challenge is also political, as it will seek to reduce the risk of tensions associated with the use of the soil (and also in the sub-soil). That said, the question of land is not limited to rural development policy. Various other problems, all as crucial as that of productivity of labor and land, as well as access to credit and regional markets and the question of employment will continue to arise in the future.

Pierre Jacquemot has been Ambassador of France (2000-2011: Kenya, Ghana, RD Congo), Director of Development at the French Ministry of Foreign Affairs (1998-2000), Chief of Mission of Cooperation (Burkina Faso, Cameroon, 1988-1996), Advisor to President Abdou Diouf (Senegal, 1984-1987), Lecturer at the University of Paris-Dauphine and Professor at the University of Dakar and the University of Algiers 1970-1983). Currently, Chairman of the Initiatives Group (France). Lecturer at the Institute of Political Studies of Paris and senior economic advisor to ESL-Gouv. Author of many articles in scientific journals and several books, including Africa of the possible, the challenges of emergence (Karthala, 2016) and the Encyclopedic Dictionary of Sustainable Development (Editions Human Sciences, 2017). 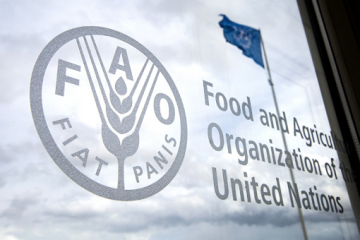 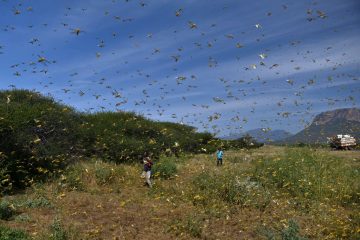 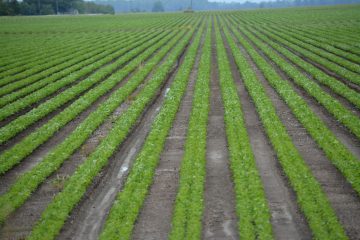