Jean-Christophe Debar, director of FARM, presents the objectives and the main conclusions of the paper, written within the framework of the global observatory for the support of agriculture set up by the Foundation. It finds that the customs duties on agricultural productsin sub-Saharan Africa (15%) are slightly higher than the global average (13%),but substantially below those practised in other developing regions, particularly North Africa (26%) and South Asia (34%). Furthermore, in 2013, all the sub-regions of sub-Saharan Africa, with the exception of southern Africa, protected their agriculture less from the rest of the world than from the other sub-regions on the continent. Therefore, the creation of the African Continental Free Trade Agreement (AfCFTA), launched officially in Niamey in July 2019, is expected to result in, once the customs tariffs on internal trade have been dismantled, a reduction in the average level of protection for African agriculture. 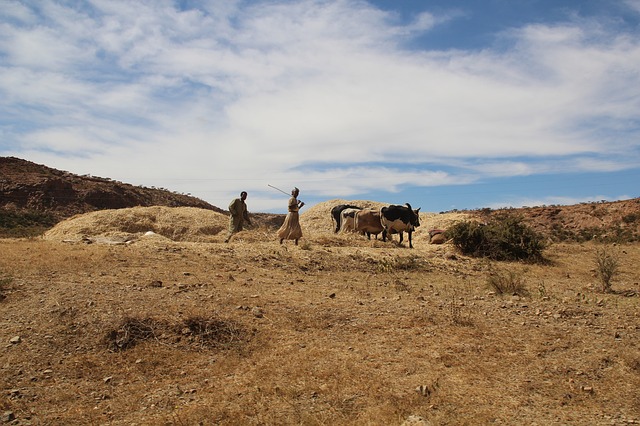 However, there is no lack of arguments in favour of an increase in customs duties on agricultural products
in sub-Saharan Africa: reduced competition from low cost imports in order to reinforce local producers, lower trade deficit, less dependence for food on global markets, etc. But such an increase would be at risk of penalising the poorest consumers, who are very vulnerable to an increase in food prices. To resolve the”price dilemma in food supply…”, according to the expression coined by Peter Timmer (1986), any increase in the level of protection afforded by tariffs must be part of a global development strategy, combining several measures. According to some researchers, an optimal policy might consist of a moderate rise in customs tariffs and strong support for investment encouraging, over time, an improvement in the productivity of the growers which would result in both higher income for the farmers and lower food prices.

The room for manoeuvre left to African governments to increase protective measures against the importation of agricultural products is limited by trade agreements. Most countries in sub-Saharan Africa apply, on average, substantially lower customs tariffs than those that they consolidated at the World Trade Organisation (WTO). They could therefore, in theory, increase them. However, in reality this possibility is limited by a number of factors: the fact that these countries belong to regional economic communities, as a concerted increase in a shared import duty is politically difficult; the probable ratification of the Economic Partnership Agreements (EPA), which will make products imported from the European Union more attractive, but nevertheless allow for customs tariffs to be maintained or even increased on certain sensitive products; lastly, the creation of the AfCFTA, which will doubtless take some time to be completed, but leaves certain major issues unanswered, such as the constitution of a common budget aimed at encouraging “catch-up” by the most vulnerable regions, or the degree of protection to be adopted with regard to third party countries, especially on processed food products.

In conclusion, the issue of protection against imports is an eminently political one that goes backto the historical choice of many African countries to favour imports of low cost food to satisfy the cities, to the detriment of rural populations. This issue needs to be approached with pragmatism, sector by sector and in coordination with an increase in government support for agriculture. The majority of African countries struggle to honour their commitment, as seen in Maputoin 2003 and then in Malabo in 2014, to devote at least 10% of their budget to this sector.

Pierre Jacquet, President of the Global Development Network and FARM’s Scientific Committee, observes that trade policy too often tends to dominate other forms of public intervention, in the name of the ideology of free trade. According to this approach, the WTO is an instrument that should serve to liberalise ever more, without taking into account the economic and social situation specific to each country. However, ‘fully free” trade cannot be a universal solution. But there is another way of looking at things that places the emphasis on the positive role played by the WTO in setting the rules of the game for global trade and avoiding the constitution of self-sustaining revenues related to protectionism against imports. This role is precious and must be preserved in view of the temptation felt by some governments to set policy while disregarding the multilateral framework of which the WTO is one of the pillars.
The paper by FARM describes the methodological problems related to measuring tariff equivalents. The results can be materially different depending on whether the latter are calculated as arithmetic averages or averages weighted by a factor of such and such. In fact, a recent report by the IFPRI1 offers another view of protective agricultural tariffsby region, admittedly with a different geographic breakdown than that used in the paper. It would be a good idea to examine the issue in greater depth in order to achieve a consensus regarding the level of protection afforded to agriculture in sub-Saharan Africa. 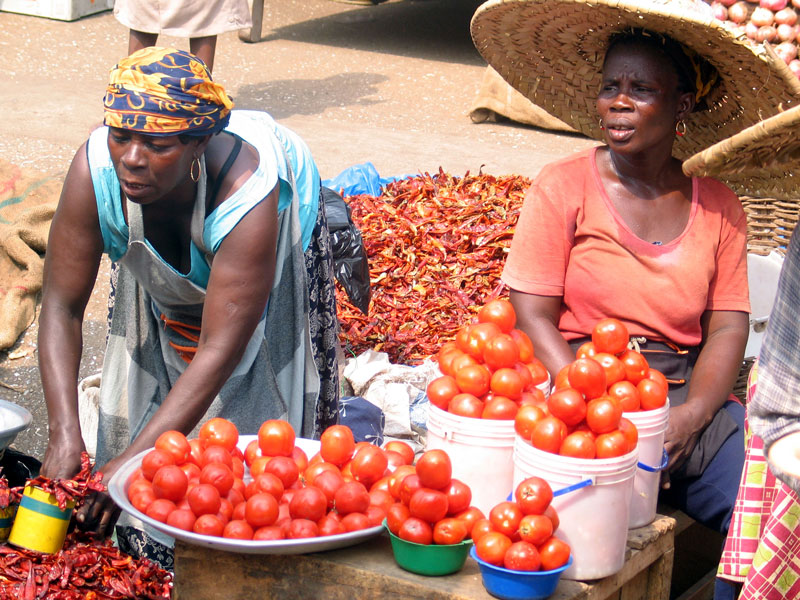 Where the level of protection against imports is relatively high, these measures encourage an increase in production that exceeds domestic demand and so it must go hand in hand with export subsidies. A perfect example of this is the common agricultural policy (CAP) implemented in Europe until the early 1990s. But export subsidies can disturb global markets by making the effects of excess supply felt in other countries. Lastly, the ‘price dilemma in food supply’ is not the only difficulty encountered by an increase in the level of protection for agriculture. A country that taxes purchases of foreign agricultural productspenalises its exports of non-agricultural products, the cost price of which increases. This effect is also felt even within the farming community, as an increase of customs duties on cereals, for example, is disadvantageous for the breeders who use them to feed their animals. Protection against imports therefore leads to a more complex economic policy that is likely to not only place producers and consumers at odds, but also the different types of producers. A reduction in tariff barriers resulting from trade agreements makes public investment in agriculture all the more important. African countries need strong agricultural policies that help to improve their low level of agricultural productivity. But their financial resources are limited, as much for the construction of infrastructure (roads, irrigated land…) as for their upkeep. So, these countries need help to build a tax regime that enables them to meet their needs.

Laurent Levard, a specialist in agricultural issues and trade policy at Gret, agrees with the finding contained in the FARM paper, whereby protection against imports has become almost ‘taboo’ in the debate about public policy. So, according to him, it is high time to restate some obvious truths that are all too often forgotten.

Firstly, there is no reason why global agricultural commodity prices should be considered as a benchmark for every region in the world. Do we buy into the same reasoning for salaries? Furthermore, there are a number of good reasons for maintaining or even increasing the level of protection for agriculture.
The differences in the levels of agricultural labour productivity, due to variances in yield and the surface area available to producers, lie at the origin of enormous differences between the earnings of farmers in high income regions and those in less developed countries. The global markets are essentially driven by over-supply: the prices set on the market do not reflect the costs of production in the majority of countries. Finally, in many exporting countries, farmers receive subsidies to compensate for the gap between their production costs and global prices.

Be that as it may, it is true that protection against imports cannot be the only ingredient in an agricultural development strategy. It must go hand in glove with robust investment policies that aim to improve the productivity of local farmers and a reduction in market deficiencies to ensure that price increases do actually benefit the farmers. Changes in taxation, such as doing away with VAT, can also be
implemented to accompany increases in customs duties.

The arguments that emphasise the risk of exacerbating poverty as a result of increased customs duties on agricultural products hold very little water. A study produced by a researcher at the World Bank2 and referred to in the paper clearly demonstrates this. We must take into consideration the dynamic medium and long term effects of policies that encourage higher agricultural prices: if they encourage productive investment, consumers ultimately benefit. This is all the more important that the under payment of
agricultural labour results in the lowering of agricultural wages, which in turn maintains terrible poverty in many regions. The statistics are quite clear: the majority of poor people in the world earn a living from agriculture. And yet, a relatively high increase in the level of protection against imports of certain dairy products in West Africa would be very positive for the development of local production, but would have only a minor effect on the wallets of consumers (+€0.5 per head per annum), because of the low level of consumption of dairy products in this region and the small portion of the price that goes to the producers of the revenue from the processed products3.
A number of points emerged from the debate that followed the presentations. In particular that:

– global prices for agricultural products are even less of a reliable benchmark for the markets as they
do not reflect any environmental factors. And yet these factors are increasingly important in the debate on public policies, due to the changes made necessary by adaptations to climate change and its mitigation;

– trade agreements (EPA, AfCFTA) will result in considerable lost income for certain African countries. This will make it all the more difficult to finance public investments in agriculture, at a time when the need for financing will become even greater due to the contrasting effects of free trade;

– creating a sufficiently high degree of protection for African agriculture from third party countries is a major challenge for the AfCFTA, in view of the potential for creating jobs in this sector. It is above all on semi-processed products that it will be necessary to increase customs tariffs, to encourage the local processing of agricultural produce;

– trade policy cannot be analysed independently from the policies that help to set exchange rates. An over-valued currency – as is, according to many experts, the CFA franc – in fact encourages imports and penalises exports.

*Dossier published with the kind permission of the FARM Foundation. It came from a meeting held in October 2019. Find out more on the FARM website at http://www.fondation-farm.org/zoe/doc/noteimportfinal.pdf 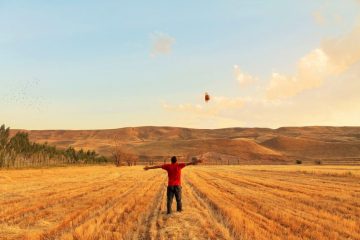