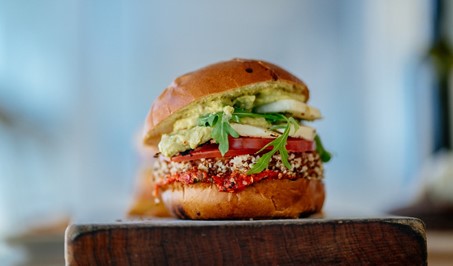 Bill Gates and Jeff Bezos have both decided to invest in the company Nature’s Fynd, which is likely to go public soon. With Al Gore, they are among the main financiers of this startup specialized in “plant meat”, with a total budget of nearly $160 million.

The reason for this craze lies in the three commitments of this company:

A food product;
A healthy product;
An environmentally friendly product.

The increase in demand is not unrelated either: + 27% of sales for a total market of $7 billion according to PBFA, an association that brings together 200 member companies active in the plant-based food industry. The popularity of “alternative” meats is also appealing to the commercial catering industry.

In a context of growing demand for animal meat, the production of which is accused of degrading the climate, this plant-based alternative seems promising. Accusatory figures are piling up against traditional meat: 30% of land devoted to animal feed (forage or pasture), 320 million hectares devoted to meat production in the United States…

The two leaders of this new plant-based meat industry are Beyond Meat and Impossible Foods in an alternative meat market that currently weighs only 1% of the global agri-food market. The prices of plant-based meat are no longer an obstacle to its development. They rival the price of a McDonalds hamburger ($5.49 for two Impossible Foods hamburgers).

Nature’s Fynd is the work of two founders, Thomas Jonas, the current CEO, and Mark Kozubal, the scientific director behind the discovery of the fermented microbe source of alternative protein contained in the brand’s products. The scientist argues that domestication of these microbes will replace animal domestication in the human quest for protein.

Nature’s Fynd is locating its new production facility in Chicago, on a former animal meat site.