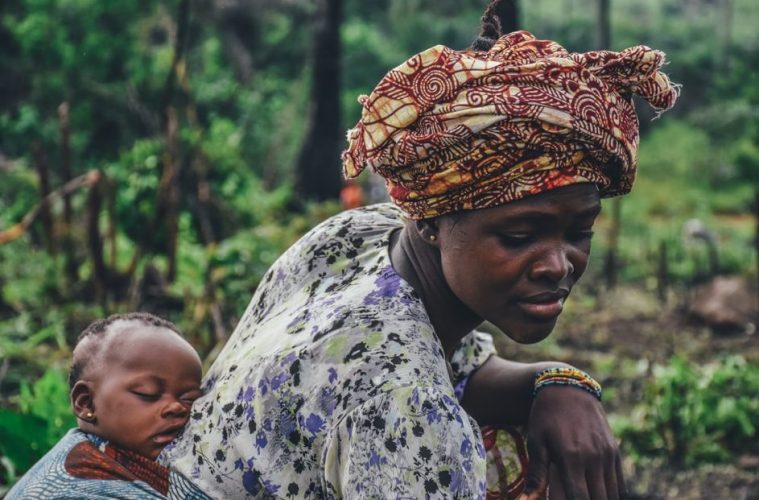 In the Democratic Republic of Congo (DRC), poverty is on the rise. Women play a pillar role in social organization, between household, family and agricultural tasks. With the disappearance of jobs held by men, they are increasingly the sole providers of family income.

In Kinshasa, they are market gardeners, serving the city’s 15 million inhabitants, but above all, they are determined to make a transition from their agricultural practices to abandoning the use of costly and degrading pesticides.

With the help of expert trainers, supported by local missions, they are coming together in cooperatives to exchange, progress and rediscover ancestral know-how to fight pests in complete safety.

Currently 94% of the market gardeners use chemical pesticides scattered in the fields, but also on the populations at the mercy of the winds, causing untreated or incurable diseases.

This small group of women in the commune of Nsele makes biopesticides from local plants. They crush and let the neem macerate and then spread it in the fields. Because of its natural composition, the resulting product must be applied more often than the chemical pesticide, but it is safe and free or at low cost.

Even if these women work in the fields, they want to be informed in order to keep control of their production tool. They know that in the long term, they will benefit in terms of health and crops.

They pass on what they have learned to their peers and even dream of a new organic movement of which they would be the ambassadors.