Following on from the Willagri report “Empowering women in rural Africa”, here is the story of two women-focused development projects in Cameroon and Burkina Faso. Might women – who are both highly exposed to difficulties such as drought, scarcity and famine that can lead to poverty and malnutrition for them and their children, and also a key component of the agricultural labour force – be the key to finding a human, agricultural and village-based development path that benefits everyone?

A-Fleurs de Vie: The moringa tree in agroforestry: a virtuous cycle for health and development

Deeply rooted in the Sahel 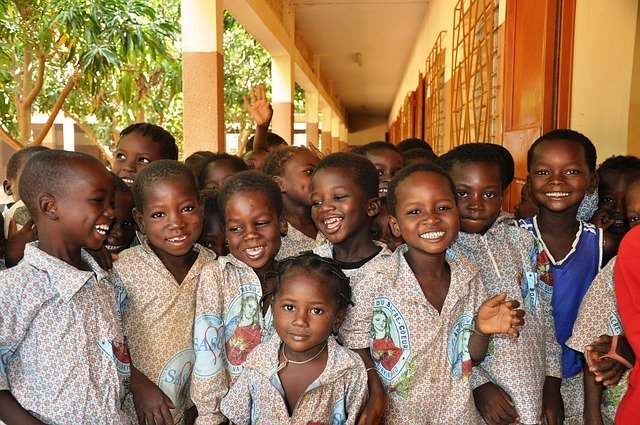 In 2006, Stéphanie Allard, founder of the Fleurs de Vie charity, made her first trip to Burkina Faso, where she was training childminders in an orphanage. The institution had a small spirulina farm, a vital source of a little extra income and better nutrition for women and children. When she looked into the nutrition aspect in more depth, Stéphanie found studies showing that the leaves of Moringa oleifera probably had more potential as a source of nutriments (because they also contain calcium), and that the tree was easier to cultivate and better suited to the Sahel.
That was how she hit on the idea of a project to educate and equip villages to improve children’s health, and so that the adults of tomorrow might pursue a viable form of community and agricultural development centred on a diversified agroforestry ecosystem.
The challenge is as much sociological as it is purely technical. Gender issues (the role of women in village society and the family), everyday organisational practices (cooperating to farm and look after children together) are obstacles that are just as overwhelming as the question of access to seeds, technology and tools.
Despite these impediments, Stéphanie is putting together her first women’s groups in Garango, Burkina Faso, and developing initial projects focusing on moringa, by creating vegetable gardens near schools. The trees are fast-growing so their highly nutritional leaves can be harvested quickly. Depending on the climate (when it is less dry), the tree also produces a large quantity of seeds which can be pressed to make ben oil and be used to produce soil enrichers (organic fodder). Cultivation of moringa can be combined with staple crops and cash crops.

However, Stéphanie wanted to go further still, by creating stronger ties with the local agricultural and economic ecosystem, so that farmers can develop additional income streams.
After meeting potential partners during the COP21 climate conference, she focused her attention on Cameroon.
Together with AgriCam (a Cameroonian agricultural company – a premium cocoa cooperative) and VisaTox (pharmaceutical expertise), Fleurs de Vie launched a programme called “Climats Développement” in Cameroon, in a first pilot village in Ayos. 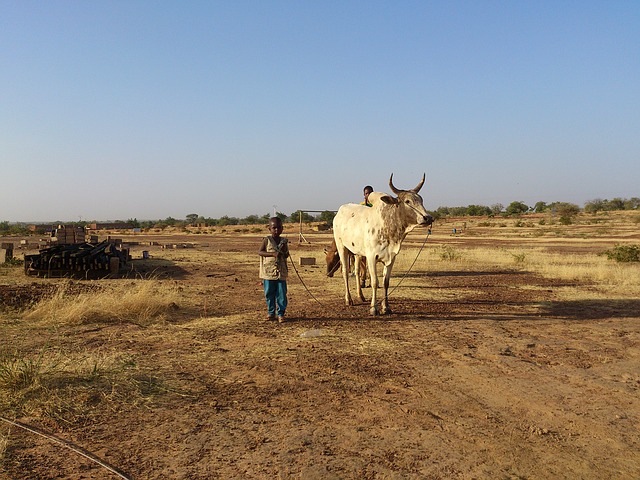 This second programme again brings together the two pillars of nutrition and agricultural development.  Areas of Cameroon where diets are mainly root-based and thus lacking in vitamins and minerals are no strangers to malnutrition. The programme therefore makes a sustainable agroforestry system central to the model, helps improve well-being quickly, and provides extra sources of income for women and their families. Thanks to these fast-growing trees, yields and revenues are available quickly (in 6 months), without the need for agricultural inputs or excessive initial investment. Mothers soon noticed the positive results for themselves and their families.
As in Burkina Faso, Stéphanie is prioritising human impact, and regards the economic dimension as a means of achieving this end. In this sense, the project has many social entrepreneurship elements.

The two main risks and difficulties cited by Fleurs de Vie are very different in nature. The first is that of political stability in the region, which might make the projects hard or even impossible to undertake. The second is more cultural and sociological. Stéphanie constantly finds she needs to explain, persuade and debate the need to give women more education, knowledge and autonomy.
By starting pilot projects, and demonstrating their win-win outcomes: more than 100 children receiving schooling in the pilot village, better health for mothers and children, additional income to feed children, buy soap, etc.
Stéphanie also says that women who have eaten moringa leaves are fitter and more productive in the fields! She has helped set up a legally established organisation: two or three women are responsible for its finances, some of the funds are ring-fenced to repay (in money or seeds) a microloan needed for equipment, and the remaining revenue from their production is shared (in money or in kind to feed the children).

Echoing the human, health and social strands of the Fleurs de Vie project, centred on women and children in Cameroon, we return to Burkina Faso to report on the work done by AMNS (Action Médicale Nord Sud) together with its partner Song Taaba (a local charity) and an extensive charitable network.

Drilling down in support of projects

AMNS was long chaired by Bernard Blanc, a French doctor eager to practise regularly in Africa. Its first humanitarian actions took place in the village of Tangaye. While the charity was set up by doctors with a medical objective, it very quickly adopted more overarching goals encompassing everything that sustains the village.
The current chair, Nicole Potlet, the charity’s head of HR, was driven to join AMNS by the charity’s principles and values. She went out into the field to meet the people of Tangaye. On her first trip, affected by the plight of women there, she decided to work on initiatives that improve their daily lives but also contribute to their personal development.

Over the last three years, AMNS has developed several complementary programmes, including building schools, business mentoring, providing equipment for the health centre, and fitting wells with solar energy pumps. Mentoring has been a source of support for women in the most fragile situations – those coping with great family, health and material difficulties. 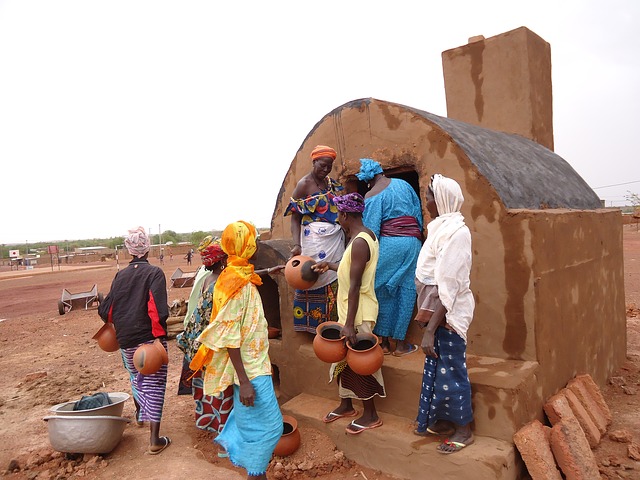 In practice, the mentoring programme has enabled the women and their families to grow by harnessing a range of actions: material support (provision of water trolleys for carrying water), access to schooling thanks to payment of school fees, help getting the school canteen up and running, house repairs, arrangement of microloans, and payment for medical treatment for children and gynaecological check-ups for women.
The mentored women also now have henhouses and sheep. They have attended literacy classes and passed diplomas; they tell of their joy at feeling as if they exist and are valued because of the responsible roles they now have in village life. This type of mentoring will continue, again in partnership with the Song Taaba charity, which identifies the women most in need.
In addition, having observed the (growing) agricultural difficulties in the region, AMNS is promoting the dissemination of traditional and new practices, from zai (a planting system very well suited to dry areas) to the local production of compost, and planting based on agroforestry techniques. To this end, AMNS has entered into a local partnership with the ASC charity to train young men and women in these techniques.
On the agricultural side, water issues (too much or not enough) and the associated skills remain crucial: backed by the Provence Canal Company, the charity Solidarité Eau Sud and AMNS financed water supply works, built a water tower, dug and installed a borehole, and created a large market garden so that crops and therefore diets could become more varied. Song Taaba then trained up garden managers (three mentored women have plots). As lots of old wells or pumps are currently out of use, the charity paid for two young apprentices to train in pump repair.
To supplement farming, and because the dry season is long (which is why the men usually go gold panning or migrate), AMNS has developed business mentoring schemes to train people in craft skills (welding, hairdressing, sewing, bicycle and motorbike repair), so that young traders set up their businesses in Tangaye, thereby driving a new and complementary economy. The programme is bearing fruit: the first trainees are now trainers and are passing on their new skills to younger people.

In this very arid region, the prospects for food self-sufficiency will remain mediocre unless significant breakthroughs are made in irrigation and water management (including the construction of low walls) and unless intensive soil recreation (humus) work is undertaken. To help achieve these goals, major plantation (zai) and agroforestry efforts are needed in the villages in the region.
Despite security problems, AMNS is still positive about the prospects for development in Tangaye because of the strong motivation and spontaneous involvement of residents in programmes to improve irrigation (particularly noticeable during the long and onerous drilling works), and the opportunities for creating spin-off projects and networking with other villages and charities, in Burkina Faso and France. This positivity will be in evidence at the February 2020 agroforestry conference organised by partner ASC in Coudoux: a chance to focus on a greener Sahel, villages that offer people a future, and happy villagers.

One of many articles on Yacouba Sawadogo and zai https://www.jeuneafrique.com/450419/societe/leconomiste-faso-zai-pratique-a-stoppe-desert/