The World Food Programme (WFP) has made the development of new tools a priority in order to achieve the objective of zero hunger in the world. The most spectacular of these tools is the Innovation Accelerator, which in mid-October, with the help of Google, brought together at its ‘bootcamp’ in Silicon Valley the best global specialists in new technologies, along with agronomists and NGOs. The Innovation Accelerator offers access to training, financial support and expert advice to entrepreneurs, businesses, particularly start-ups, and NGOs. It also employs its own research teams.

It is a fact that while hunger in developing countries dropped from 34% of the population in 1970 to 13% in 2015, it has nevertheless worsened over the past year. The reasons are well known: migration, political instability and conflicts, and climate change.

The World Food Programme is counting on technology to help it eradicate hunger in the world. According to Bernhard Kowatsch, its director, the Innovation Accelerator has received about 4,400 requests for aid and funding in four years. It has distributed over $60 million to 66 teams. Eight of those teams have also received more than $69 million in additional financing from private investors and institutions.

Here is an overview of the technologies, teams and start-ups supported and financed by the WFP Innovation Accelerator.

To find out more: https://innovation.wfp.org/

Blockchain at the service of refugees

As part of its Building Blocks pilot project, the WFP applies blockchain technology to distribute its financial aid to refugees. A good example is when the WFP used blockchain to distribute food aid more efficiently to 106,000 Syrian refugees in Jordan. Building Blocks facilitates transfers of funds while also protecting the private data of the beneficiaries and controlling any financial risks.

In 2018, it distributed $1.7 billion. Today, the sums received must be spent in the stores using iris recognition. More than 100,000 people living in the camps benefit from it.

H2GROW: the agriculture of the impossible 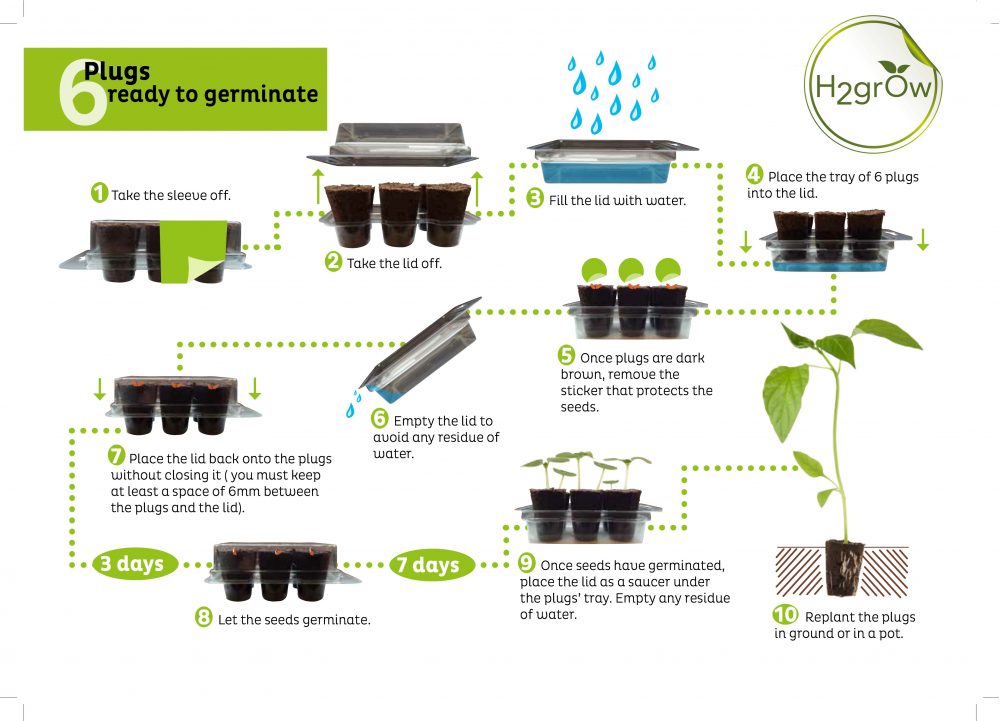 H2Grow is a hydroponic (soilless cultivation) programme involving 14 experts.  It has developed a technique for growing vegetables and other crops in difficult or even ‘impossible’ places. This technique does not require soil and uses 75 percent less space and 90 percent less water than a traditional agricultural plot of the same size. H2Grow is currently present in eight different countries and has succeeded in growing food in a wide variety of places, from shanty towns in Lima to the Sahara Desert. The programme has 5,000 users, 75% of whom are women.

Dalili, ‘the guide’ in Arabic, is a smartphone application that compares prices in the different shops in Palestinian and Syrian refugee camps in Lebanon. This price comparison application encourages competition between the shops and can reduce prices, making all the difference to these particularly vulnerable groups. The application has almost 12,000 users, compares 250 products sold in 385 shops and is accessible in three countries.

Farm to Market Alliance (FtMA) is an application developed by a mixed consortium of organisations. The application is a platform that hosts a whole ecosystem enabling farmers to communicate with each other and with all the players in the value chain, from seed to the markets. It will soon have a digital payment module.  The application enables African farmers to become involved in the economy by providing them with transparent prices for all upstream (finance, technology, inputs) and downstream services (logistics, storage) as well as sales prices. FtMA is used by 90,000 farmers in four African countries. It has generated sales of $30 million.

Malnutrition affects 50 million children around the world and is the direct cause of the deaths of 2.6 million children under the age of five every year. The lack of reliable medical records and the remote nature of health centres has encouraged an Innovation Accelerator team to develop the Scope Coda platform. The innovation enables healthcare professionals to keep records of the medical information and the nutritional status of every affected child. A personal smart card which contains all the information is given to each beneficiary when they register. 15,000 children in three countries are holders of a Scope Coda card.

The World Food Programme (WFP) and the Iraqi Government have taken the initiative of digitising the national food aid distribution system. The first phase of digitisation will include around 1.3 million people out of the 39 million who benefit from food entitlements, almost the entire population. Known as PDS Digital Identity, the application provides each citizen included in the scheme with a Personal Digital Signature (MyPDS). This reduces mistakes resulting from the use of paper registers, shortens the waiting time for access to aid and  eradicates fraud. 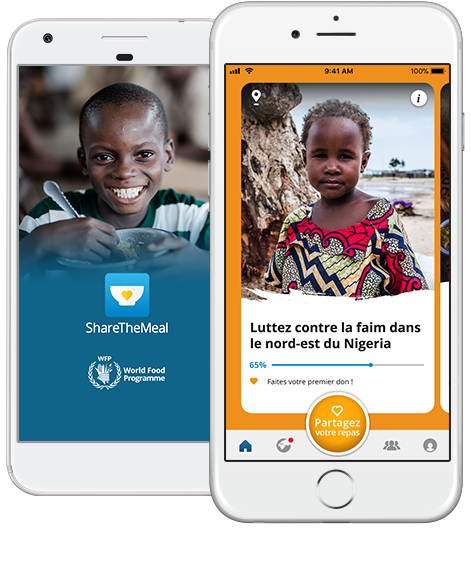 821 million people suffer from hunger around the world. Sharethemeal is an application developed by the World Food Programme (WFP). A community of 1.3 million people “share their meals” with undernourished children in on click of their smartphone. A click means a donation of 50 cents, enough to feed a child for a day.

CODe is a simple online platform that is used to match demand for the transportation of food aid and the locally available offer from hauliers. The WFP is thus able to kill two birds with one stone: it can get its aid into the most remote regions while helping small local truck drivers to grow their business.

Currently under development in Guatemala, the AgriUp application, which works at low frequency and is combined with an easy-to-use web site, is used to geolocate farmers and send them weather alerts and agricultural and food advice.

NUTRIFAMI: e-learning at the service of food

This e-learning platform was developed in Colombia with the help of students from the Centre for Digital Technology and Management (CDTM) in Munich. Thanks to NutriFami, communities suffering from food insecurity can access lessons about nutrition. The teaching method consists of games and learning modules based on “smart shopping” techniques.

To reach the more than 800 million people suffering from hunger around the world, logistics is a key issue. Difficult geographic conditions and natural disasters make things even more difficult. The WFP, the DLR (German aerospace centre) and the Dutch humanitarian organisation, Wings for Aid, have developed an Unmanned Aerial Vehicle (UAV). It consists of the unmanned Artis helicopter and adapted containers that drop food into regions that are otherwise inaccessible for geographic or climate related reasons.

To overcome the difficulties encountered by the Indian Government with the distribution of aid in the form of cereals, WFP India is currently developing an automatic solution for distributing and buying cereals. (gr)ATM is a sort of “automatic telling machine for grains”. It will soon be tested in 15 locations.

SKAI: the marriage of artificial intelligence and satellites

The Skai system uses artificial intelligence (AI) to analyse satellite images of natural disasters. The WFP is thus able to rapidly intervene while avoiding the delays and logistical issues associated with a traditional intervention. 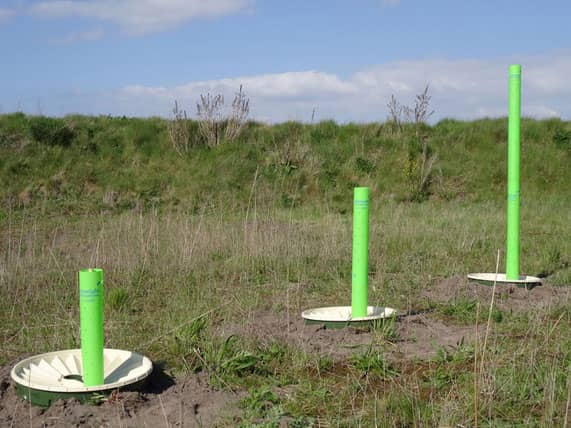 Groasis fights global shortages of food and water by using the Growboxx®, a “smart bucket” made from recycled paper. Trees and vegetables are planted in the buckets. Agriculture thus becomes independent of drought and soil erosion. The plants now have a 90% chance of survival while using only 10% of the quantity of water required by traditional methods. The Groasis Ecological Water Saving Technology has been successfully implemented in 42 countries around the world with over 200,000 trees planted.

To find out more: https://www.groasis.com/fr

ColdHubs is a solar powered refrigerated warehouse designed to reduce losses after harvesting for smallholders in Africa, Latin America and South East Asia. It was created in Nigeria by Nnaemeka Ikegwuonu, a farmer and also President of the Nigerian Smallholders Foundation. He claims that 470 million smallholders around the world lose 25% of their annual income due to the lack of suitable means to store perishable crops. The ColdHubs are installed in markets or on farms and the users pay depending on the volume stored and the length of time (from 2 to 21 days).

To find out more: http://www.coldhubs.com/

YUMA 60 L: an icebox that runs on water 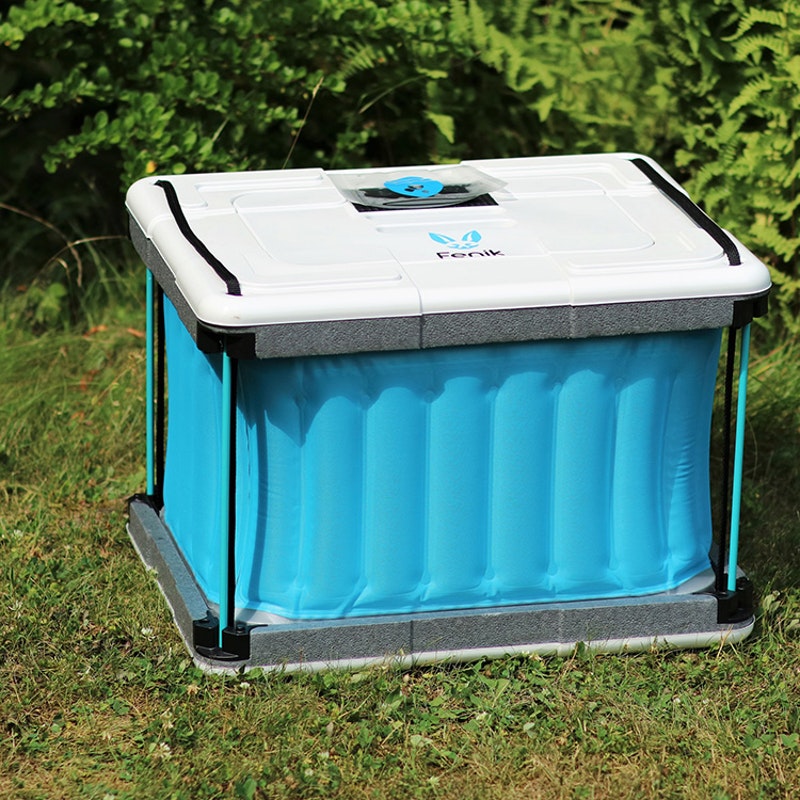 To keep foodstuffs cool and thus extend their shelf life in regions with no electricity, the start-up Fenik has invented an icebox called the Yuma 60L. It only needs water to be able to work. The natural evaporation of water when in contact with hot surfaces makes it possible to keep food for three to five times longer.

To find out more: www.fenik.io 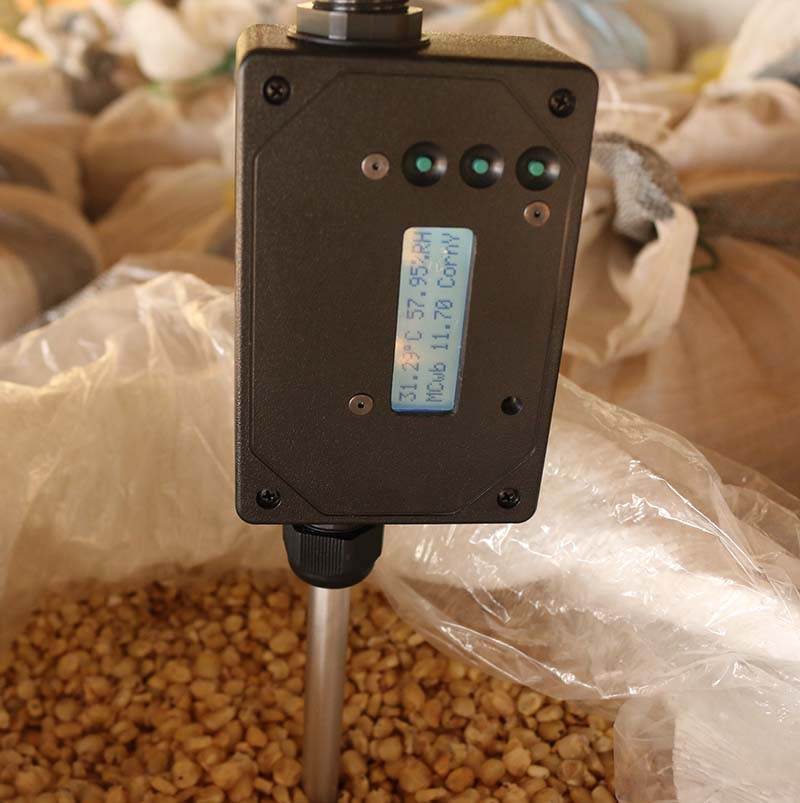 The company that won the Innovation Accelerator prize at the latest bootcamp was the Ghanaian start-up Sesi Technologies. Its GrainMate device measures moisture content in harvested crops such as corn, sorghum, wheat and chickpeas. Monitoring the moisture content will help smallholders reduce losses during the storage phase. GrainMate costs $100.

To find out more: www.sesisitechnologies.com

Virtual Farmers’ Market (VFM) is an electronic trading platform used to exchange the surplus crops grown by farmers. VFM provides smallholders and buyers with a transparent, open and reliable tool. The platform is accessible via an application based on the emblematic WFP programme called Purchase for Progress (P4P), which is a guarantee of the quality of the products exchanged.

As a system for monitoring resources, AIMS uses satellite imaging and landscape tracking software to monitor resources such as forests, water reserves and irrigation systems to either renovate or renew them as necessary. At the same time, the Food for Assets (FFA) programme meets the immediate needs of the most vulnerable populations by distributing cash, vouchers or food. The programme helps to preserve the soil and improves the resilience of smallholders. AIMS is already used in five countries: Niger, Afghanistan, Sudan, South Sudan and Tajikistan.

The WFP is testing the use of driverless trucks to deliver food supplies in war zones or environments that are otherwise inaccessible in order to avoid endangering the lives of drivers. The WFP, with the help of the DLR (German aerospace centre) has already developed the electronic equipment needed for these self-driving trucks.