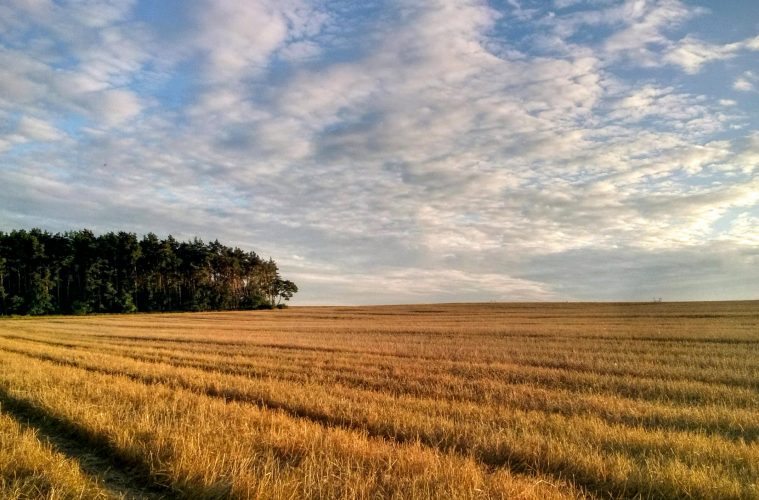 Grain trade for the 2022-2023 season is already estimated at 407 Mt by the ICC. The export capacities of the world’s major cereal exporting countries will barely be sufficient to cover the needs of importing countries, especially in the Mediterranean. The planet is not safe from climatic accidents, from an extension of the conflict between Russia and Ukraine and from the abysmal deficits that would result. Uncertainty is the only certainty.

The 2022-2023 cereal season will not be a smooth one. The International Grains Council (IGC) already estimates world grain production at 2,274 million tons (Mt) (excluding rice) and a deficit of nearly 27 Mt.

In France, wheat prices for the old crop, but also for the new crop of 2022-2023, are constantly breaking records. For as the weeks go by, it is not so much the prices of cereals that are a problem but simply their availability.

Since Russia went to war with Ukraine, there have been countless countries that are structurally importing grain and are struggling to obtain supplies.
In its latest report, the ICC includes in its forecasts the first impacts of the war between Russia and Ukraine, but also the millions of tons of wheat and barley that Morocco is unable to produce this year. Since last autumn, the Cherifian kingdom has been facing an unprecedented drought that has led farmers to reduce the area planted.

Reduction of 44 Mt of available cereals

In Ukraine, the IGC expects a grain production of 65 Mt, reduced by 26 Mt compared to last year. Only 20 Mt would be available for export, adding the unsold cereals stored since the country entered the war (about 5 Mt).

But the CIC assumes that the conflict between Russia and Ukraine will not hinder the fluidity of grain exports from the Black Sea and Azov ports. However, shipping traffic is currently disrupted in Ukraine and the trade sanctions imposed on Russia could extend to its grain sales. Unless it is simply the grain-importing countries that decide to turn away from Russia to obtain supplies.

On April 26, Ukragroconsult, the Black Sea Basin agricultural market expertise company, published a much more pessimistic forecast than the CIC. Less than 50 Mt of wheat, barley and corn would be produced this year. Taking into account unsold wheat stocks, the country could export up to 19 Mt of wheat. In times of war, uncertainty is the only certainty.

Last March, Ukraine had shipped 3 Mt of wheat to the Maghreb. Egypt imports almost all the wheat it buys each year from the Black Sea basin (12 Mt).
For several weeks now, the Maghreb countries have been trying to review their supply strategies by turning to the European Union in particular. However, many options have already been put on a large part of the exportable cereals.

Some good news, however. India is becoming an increasingly important player in the wheat export market. And there is every indication that Canada will once again become one of the world’s major grain exporting countries after a year of torrid drought.

In fact, the next world grain season looks to be not only deficit but also unbalanced. In Russia, the production potential is very high (82 Mt; + 7 Mt over one year) while the harvests of the other major exporting countries are estimated to be in line with the average of the previous seasons.

Moreover, Ukraine could still be prevented from exporting its grain and Russia could be tempted to brandish the food weapon – by selling its grain only to “friendly” countries.

In this case, the quantities of wheat potentially available for export in the world would be reduced by 44 Mt.

However, these 44 Mt likely to be lacking are equivalent to all the cereal imports by the countries around the Mediterranean, from Morocco to Turkey, give or take one or two million tons! But if they do run out, which country will take over?

Towards a barley shortage in the Maghreb

Similar reasoning for barley and corn would lead to similar conclusions.
For barley, only 29 Mt will be available for export in the world during the next campaign, including 5 Mt from Russia and Ukraine.

However, if these 5 Mt are equivalent to Saudi Arabia’s imports or even half of China’s annual purchases, it is not ready to give up its imports. And faced with these countries, which can afford to buy their expensive cereals, the North African countries (2.2 Mt of imported barley) would be in a bad position to meet their needs.

Finally, preventing the Ukraine from exporting the 16 Mt of corn that it will have next fall (source: CIC) would mean depriving the European Union or the countries of North Africa of imports. In the rest of the world, no country would be able to take over from Ukraine.

With its huge stocks, the equivalent of a year’s consumption, China is brandishing the food weapon in its own way. It is the world’s largest importer of grain and has the means to finance its purchases. Each of China’s trade transactions involves several million tons of grain.

In the next season, the Middle Kingdom is likely to import 53 Mt of grain to fill a large part of its production deficit.

In the current geopolitical context, the attitude adopted by the Middle Kingdom on the grain markets will therefore be decisive.

Giving up part of its purchases by drawing on its stocks to cover its needs would make the grain markets more fluid and lower prices. This choice would then be a sign of appeasement and support for Western countries unable to compensate alone for the shortage of grain that has been looming since maritime traffic in the Black Sea was largely closed. Emerging countries fear new hunger riots.

Buying more and more grain to secure their stocks would lead them to believe that the Middle Kingdom is siding with Russia in the conflict with Ukraine. China would thus ignore the needs of tens of millions of people who lack grain to feed themselves by buying and storing all the grain available on the world grain markets.

Sidebar: What about Africa?

The war has cut Africa off from two major sources of grain. According to the Fao, 14 African nations depend on Russia and Ukraine for half of their wheat consumption. Eritrea (100%), Somalia (over 90%) and Egypt (nearly 75%) top the list. Overall, wheat imports account for 90% of Africa’s $4 billion trade with Russia and nearly 50% of its $4.5 billion trade with Ukraine, according to the African Development Bank.